It's another blow to Boeing's safety reputation. 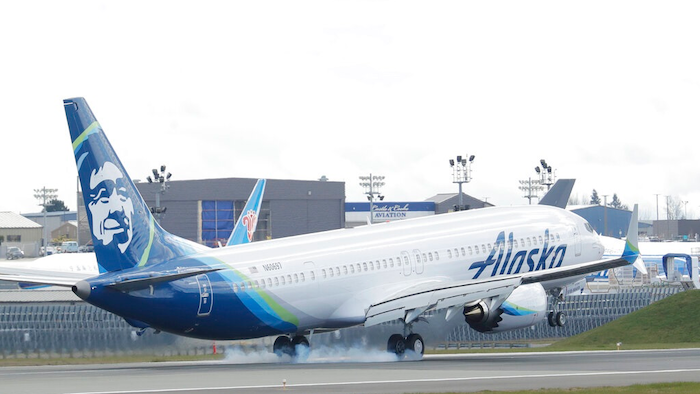 In a Monday, March 23, 2020 file photo, an Alaska Airlines Boeing 737-9 Max lands at Paine Field near Boeing's manufacturing facility in Everett, Wash., north of Seattle. U.S. regulators are requiring inspections and possible repairs to engine coverings of all Boeing 737 Max jets. That's because of a problem that regulators say could lead to loss of engine power. The problem isn't related to a system suspected in two deadly crashes involving Max planes, but it's another blow to the company's safety reputation.
AP Photo/Ted S. Warren, File

WASHINGTON (AP) — U.S. safety officials will require all Boeing 737 Max airliners to be inspected for a manufacturing defect on engine coverings that they say could lead to loss of power during flights.

Inspections and repairs, if needed, will be required before the grounded planes are allowed to fly again, according to a notice posted Wednesday by the Federal Aviation Administration.

The problem is not related to the flight-control system that pushed planes into nosedives before two deadly Max crashes. The crashes in Indonesia and Ethiopia killed 346 people.

However, it is another blow to Boeing's safety reputation.

A spokesman for Chicago-based Boeing said the company recommended the inspections in December and has been working with airline customers to make sure the engine coverings are protected from electrical energy.

All Max planes have been grounded since March 2019, and it is not clear whether the engine-covering defect will further push back Boeing’s goal of getting the planes back in the sky this year. The company needs clearance from the FAA before the planes can fly again.

In ordering the inspections, the FAA is finalizing a proposed order issued in February. At that time, FAA said the engine coverings, called nacelles, could be vulnerable to lightning strikes. The FAA agreed with Boeing’s request to delete lightning as a threat, but it said strong electromagnetic fields could cause loss of power or faulty readings in the cockpit because of inadequate shielding around wiring.

The FAA will require inspection of parts called fairing panels. According to published reports, workers polishing the carbon composite engine pods ground off some layers of metal foil that are needed to shield wiring. The FAA said any “excessively reworked panels” must be replaced.

The FAA estimated the work could take five to 12 hours per plane. It said Boeing will cover all costs because the planes are still under warranty.