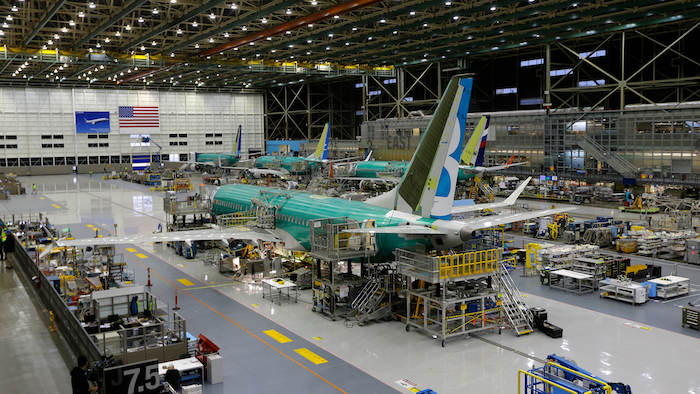 Pressure is growing in Congress for at least modest changes in how federal regulators approve new passenger planes after two deadly crashes involving the Boeing 737 Max.

Their legislation would not end a decades-old practice in which the FAA relies on aircraft manufacturers' own employees to certify the safety of systems on their planes. But it would require the FAA to select the people who do the safety work instead of letting the manufacturers pick them.

Supporters of the FAA’s reliance on employees of aircraft makers point to the safety record of U.S. airlines – no fatal crashes since 2009 – as proof that the policy produces safe planes. Critics say, however, that FAA approved the Boeing Max without fully understanding an anti-stall system that was later implicated in the crashes.

The new bill by the Republican chairman of the Senate Commerce Committee, Roger Wicker of Mississippi, and the panel’s top Democrat, Maria Cantwell of Washington, would make other changes, too. It would require FAA to accept recommendations by federal safety investigators around safety standards for pilot training on modern, highly automated planes. Ordinary pilots for U.S. and international airlines would perform test flights of new planes, rather than leaving the work to highly specialized test pilots.

The measure is stronger than a bill that Wicker introduced two weeks ago and which was criticized by families of some of the 346 people who died in the Max crashes. House Democrats are working on their own proposal to overhaul FAA certification of passenger planes.

The FAA declined to comment. FAA Administrator Stephen Dickson is expected to be quizzed about the matter Wednesday, when he appears before the Senate committee to discuss FAA oversight of the aerospace industry.

The first Max crash occurred off the coast of Indonesia in October 2018. The FAA and other regulators grounded all Max jets in March 2019 after another one crashed in Ethiopia. An automated anti-stall system pushed the noses of both planes down based on faulty readings from sensors.

Michael Stumo, whose daughter died in the Ethiopia crash, said the FAA has refused to answer questions from the families about its approval of the Max.

“The FAA remains happy to be sidelined, rather than have direct involvement in certification,” he wrote in a statement to the Senate panel. “To this day, the FAA has not admitted any mistakes.”

Boeing has been rewriting software and making other changes to the Max. The company hopes to win approval to return the plane to service this year, pending a demonstration flight with FAA experts that has not yet been scheduled.