Virus Outbreak Could Cost Airlines $113B

One British carrier has already collapsed. 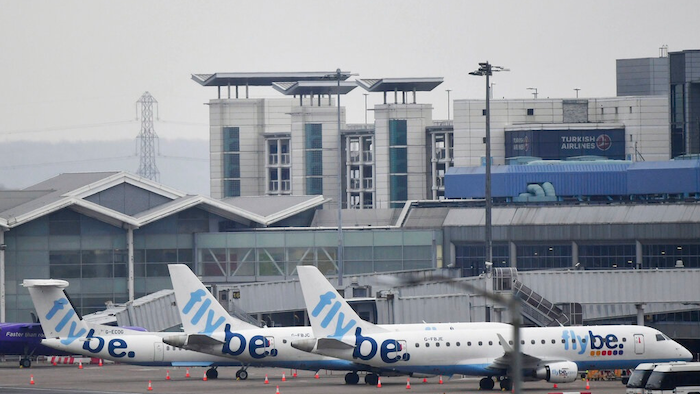 SINGAPORE (AP) — The International Air Transport Association says the virus outbreak that began in China could cost airlines as much as $113 billion in lost revenue due to the collapse of air travel.

Representatives of the airline industry group said Thursday after a working meeting in Singapore that the industry urgently needs help from governments in waiving some requirements, taxes and fees to alleviate the burden on struggling carriers.

“The industry remains very fragile," Brian Pearce, the IATA's chief economist, told reporters. “There are lots of airlines that have got relatively narrow profit margins and lots of debt and this could send some into a very difficult situation."

The British regional airline Flybe stopped flying as of Thursday, done in by longstanding financial troubles and the impact of the worldwide blow to travel from the outbreak.

The IATA's estimate reflects a scenario involving a 19% loss in worldwide passenger revenues with extensive spread of the virus in markets that now have 10 or more confirmed cases. The countries account for 80% of airline revenues, Pearce said. The biggest losses would be in the Asia-Pacific region, including China, which has by far the most cases of the virus.

An earlier estimate just two weeks ago put the potential cost of the downturn in travel at less than $30 billion. That was before the number of cases outside China skyrocketed, taking the total to nearly 100,000. So far, more than 3,200 people have died of COVID-19, the disease caused by the new coronavirus.

“This is a very serious cash flow shock,” said Brian Pearce, the IATA's chief economist. “We are seeing this serious decline in bookings and revenues outside the Asia-Pacific now that it (the virus) has spread more widely.”

He said a more conservative estimate, with limited spread of the disease, would result in an 11% decline in passenger revenues, or $63 billion.

The estimates also were based on the assumption that the industry will recover to normal by the late summer or early fall, he said.

Airlines are getting some relief from lower oil prices: U.S. benchmark crude has fallen from about $60 per barrel at the start of the year to about $47 per barrel now. They also are cutting costs by cutting jobs, asking employees to take unpaid leaves and operating far fewer flights.

But that also leaves many at risk of losing access to slots at airports that require them to use them at least 80% of the time.

Airlines got waivers for such requirements during the financial crisis of 2008-2009, the last time conditions were so bad, and some countries already have granted waivers this year.

The IATA and other industry groups hope to get support on easing slot rules, help from tax breaks and reductions of landing and other fees and also are working to draw up guidelines for handling infectious diseases, said Anthony Concil, the IATA's vice president for corporate communications.

The IATA officials said the consensus of medical experts was that air travel remains relatively safe and that there are no known cases of passengers spreading the virus while on aircraft.

Procedures for handling travelers and dealing with suspected cases of the illness, are generally “reasonable and appropriate and we don't see a need for massive change," said David Powell, the IATA's medical adviser.

“This is the message we're anxious to get across, that it is not really risky in the airplane environment," he said.