The state-owned flydubai said its growth strategy was severely impacted by the grounding of the troubled Max. 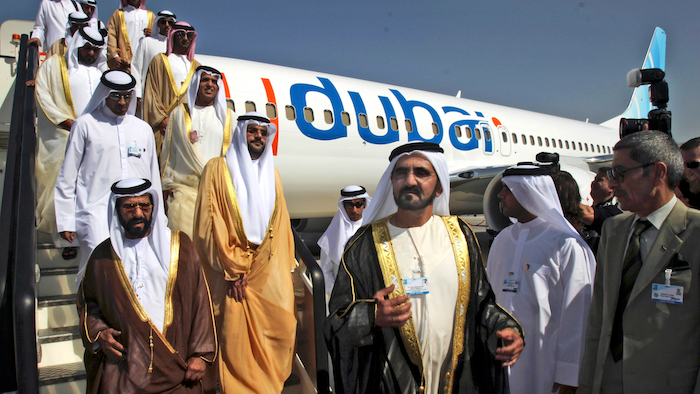 DUBAI, United Arab Emirates (AP) — Dubai's budget carrier flydubai said Wednesday that it has suffered considerable losses due to the grounding of Boeing's Max 737 aircraft around the world as it announced revenue last year dipped to $1.6 billion.

The airline managed to squeeze a profit of nearly $54 million, but the company said it was able to do so because of lower operating costs — a result of a drop in the price of jet fuel.

The state-owned flydubai said its growth strategy was severely impacted by the grounding of the troubled Max, which was involved in two crashes that killed 346 people. The planes were grounded around the world, impacting customers like flydubai, which has 11 of the aircraft grounded and more than 220 on order.

The automated flight-control system on the Max aircraft played a part in pushing the planes’ noses down until the jets plummeted. Boeing has settled dozens of lawsuits filed by families of passengers killed in the crashes, but the terms of the settlements are being kept confidential at Boeing’s insistence.

Flydubai's Chief Executive Office Ghaith Al-Ghaith said the airline had concluded its own interim settlement agreement with Boeing for certain compensation in lieu of the grounding of the jets, but said details of the agreement are confidential.

“This agreement has contributed towards this year’s results, but in no way can it compensate for the loss of business opportunity or market share experienced by the airline,” he said in a statement, adding that discussions continue regarding the ongoing impact.

“Whilst 2019 has seen a return to profitability it does not reflect the loss of market position and the unfilled opportunities flydubai could have exploited," he added.

The company described the outlook for the current year as “challenging” given uncertainty around when Boeing will be cleared to fly its jets again by U.S. regulators and others around the world. Flydubai said its ability to launch new routes and add frequencies will continue to be severely impeded.

The aviation industry globally is also seeing a drop in ticket sales due to disruptions to travel caused by the spread of a new virus, which originated in China late last year. In the Middle East, the industry has already lost around $100 million in revenue due to the cancellation or suspension of flights to China, Iran and other countries where the virus has hit hard communities.

Although the Dubai-based budget carrier did not have flights to China, it had to ground five of its routes to Iran after the United Arab Emirates ordered a suspension of all flights to the country, where more than 70 people have died and more than 2,300 have been infected.

The low-cost carrier has operations out of both of Dubai’s airports, including Dubai International Airport, which is ranked the world’s busiest for international travel. Flydubai also has code-share flights with Dubai’s flagship Emirates Airline, but the two airlines operate independently.