Another NASA Spacecraft Runs Out of Steam, 2nd This Week

NASA has lost a second spacecraft this week, ending a fruitful mission in the asteroid belt. 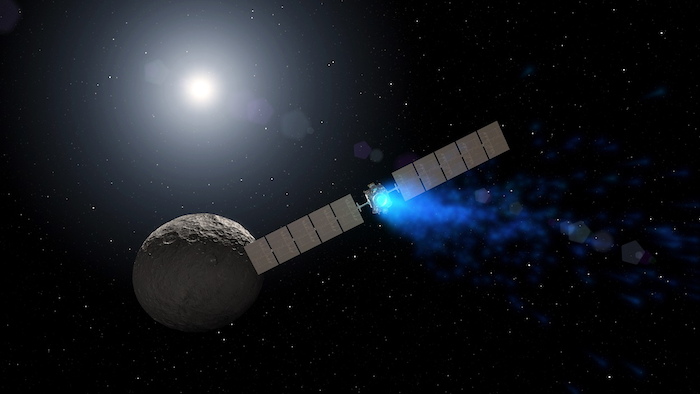 This illustration made available by NASA depicts the Dawn spacecraft orbiting the dwarf planet Ceres. Image credit: NASA via AP

NASA has lost a second spacecraft this week, ending a fruitful mission in the asteroid belt.

Running low on fuel for some time, the Dawn spacecraft this week stopped communicating with flight controllers. Its prolonged silence prompted NASA to declare it dead Thursday, two days after delivering eulogies to the planet-hunting Kepler Space Telescope. The 9 ½-year-old Kepler also ran out of fuel, needed for pointing the spacecraft.

They both kept working longer than anticipated and their demise had been expected.

Propelled by three ion engines, the 11-year-old Dawn was the first spacecraft to orbit an object in the asteroid belt between Mars and Jupiter, and also the first to orbit two places beyond Earth. After circling the asteroid Vesta, Dawn went into orbit around the dwarf planet Ceres.

Mission director and chief engineer Marc Rayman insisted he wasn't sad. Rather, he said in an email, "I'm thrilled it was so fantastically exciting and productive. Dawn was a spectacular success by any measure. It carried humankind on a truly amazing deep space adventure with stunning discoveries."

Ceres is the largest object in the asteroid belt, followed by Vesta. The "astounding" images collected by Dawn are shedding light on the history and evolution of our solar system, said NASA's science mission chief, Thomas Zurbuchen.

Dawn should remain in orbit around Ceres for decades, according to NASA.

"To me, that is a fitting end to an extraordinary extraterrestrial expedition," Rayman said. 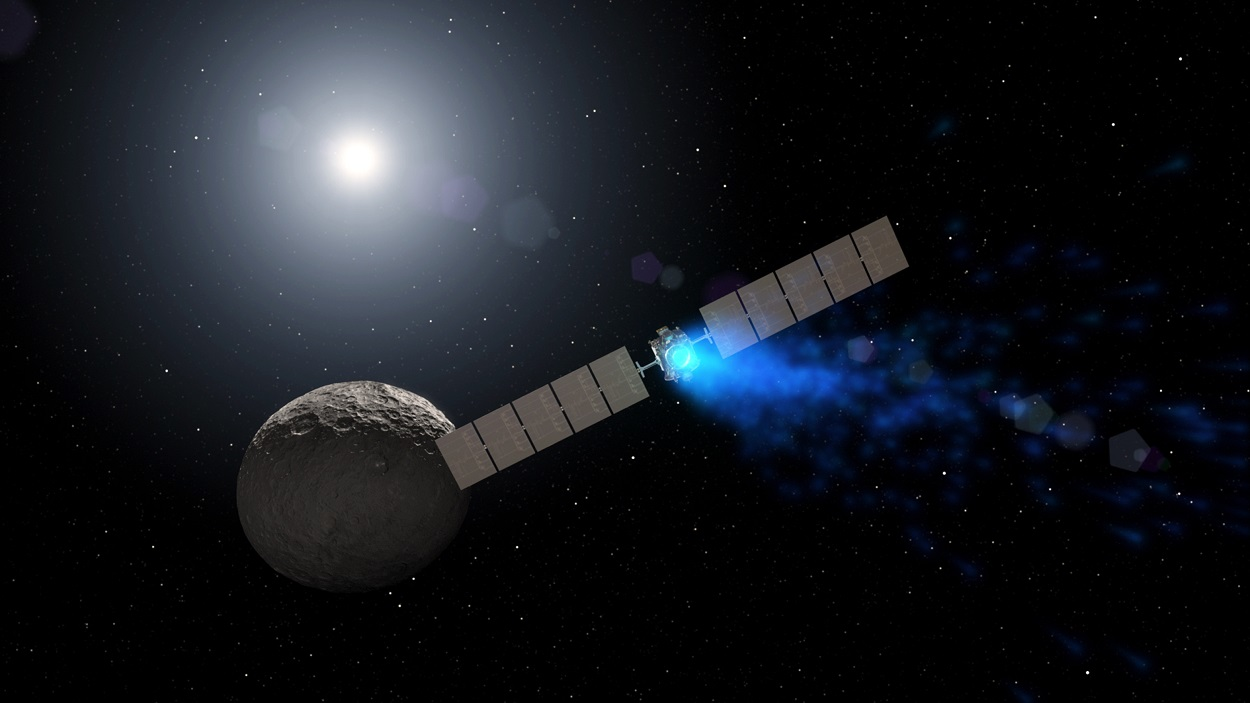 This illustration made available by NASA depicts the Dawn spacecraft orbiting the dwarf planet Ceres. Image credit: NASA via AP
Latest in Aerospace