Airbus and Boeing say demand for aircraft surged at the Farnborough International Airshow amid increased passenger and cargo traffic. 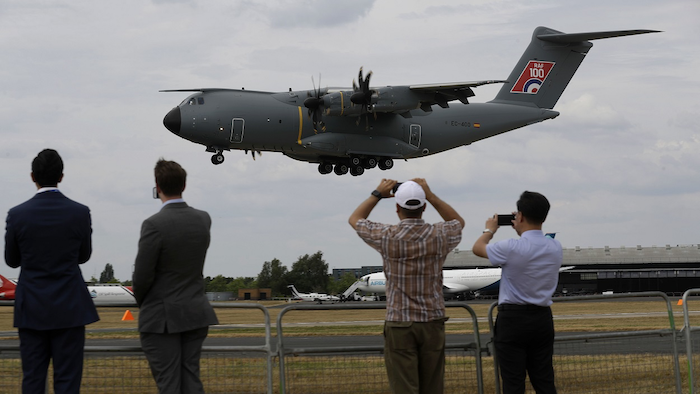 Airbus and Boeing say demand for aircraft surged at the Farnborough International Airshow amid increased passenger and cargo traffic.

The world's biggest commercial aircraft makers reported firm orders and commitments for future purchases worth tens of billions of dollars as the show's commercial side ended Thursday.

Boeing says its total reflects "resurgence in demand for freighters and strong order activity for the 737 MAX and 787 passenger airplanes."