Airbus Threatens to Leave Britain in Case of No-Deal Brexit

Aviation giant Airbus is threatening to leave Britain if the country exits the European Union without an agreement on trade relations, underscoring the concerns of business leaders who say the government is moving too slowly. 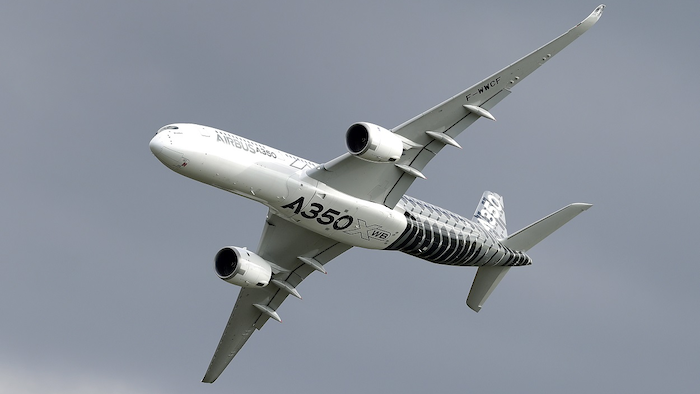 Aviation giant Airbus is threatening to leave Britain if the country exits the European Union without an agreement on trade relations, underscoring the concerns of business leaders who say the government is moving too slowly.

Airbus, which employs about 14,000 people at 25 sites in the U.K., said it needs to know by the end of the summer what rules will govern its operations or the company will "reconsider its long-term footprint in the country." Airbus also says a proposed transition deal that runs through December 2020 is too short for the company to reorganize its supply chain.

"While Airbus understands that the political process must go on, as a responsible business we require immediate details on the pragmatic steps that should be taken to operate competitively," Tom Williams, CEO of Airbus Commercial Aircraft, said in a statement. "This is a dawning reality for Airbus. Put simply, a no-deal scenario directly threatens Airbus' future in the U.K."

While many business leaders have demanded clarity about the future with Britain set to leave the EU in nine months, Airbus' sheer size and role in the economy make it an influential voice in the Brexit debate.

Airbus is the U.K.'s largest commercial aerospace company, a leading provider of military satellite communications and the biggest supplier of large aircraft to the Royal Air Force. It also has a significant impact on other companies, funneling an estimated 5 billion pounds ($6.6 billion) to 4,000 U.K. suppliers, including big names like Rolls-Royce, as well as many smaller businesses.

Darren Jones, the member of Parliament for the community where Airbus makes wings, attacked the government for listening to those who want the most hard-line form of Brexit and "not to the businesses that employ thousands of British workers, including Airbus."

"Thousands of skilled, well-paid jobs are now on the line because of the shambolic mess the government have created over the Brexit negotiations," he said.

Prime Minister Theresa May's government reacted quickly to the Airbus statement, saying it was confident of getting a good deal and "we do not expect a no-deal scenario to arise."

But Williams said Airbus is frustrated after it tried to discuss its concerns with the government for 12 months and made little progress.

"We've got to get clarity," he said in an interview with the BBC. "We've got to be able to protect our employees, our customers and our shareholders, and we can't do that in the current situation."

The comments came as Airbus published an assessment of the risks Brexit poses to the company.

The report shows that Airbus, like many modern companies, is particularly vulnerable to Brexit because of its international supply chain. Plants in several countries make specialized components, which are shipped back and forth across international borders as aircraft are assembled.

Britain's membership in the EU makes this easy because goods move freely between the 28 member states, with no tariffs or other trade barriers. That will change after Brexit because Britain will not be a member of the EU's single market and customs union.

While the U.K. government says it wants trade to be as frictionless as possible after Brexit, manufacturers are running out of time to plan for the future.

Airbus said it is facing a variety of decisions, including whether to invest in future manufacturing capacity, the need to build up stocks of components in the event of border delays, and how to ensure parts are certified by aircraft regulators in the future.

Delays caused by a no-deal scenario could cost Airbus as much as 1 billion euros ($1.16 billion) of revenue a week, according to the risk assessment.

"This scenario would force Airbus to reconsider its investments in the U.K., and its long-term footprint in the country, severely undermining U.K. efforts to keep a competitive and innovative aerospace industry, developing high value jobs and competences," Williams said.