The International Space Station accepted delivery Thursday of more than 7,000 pounds of supplies from Virginia. 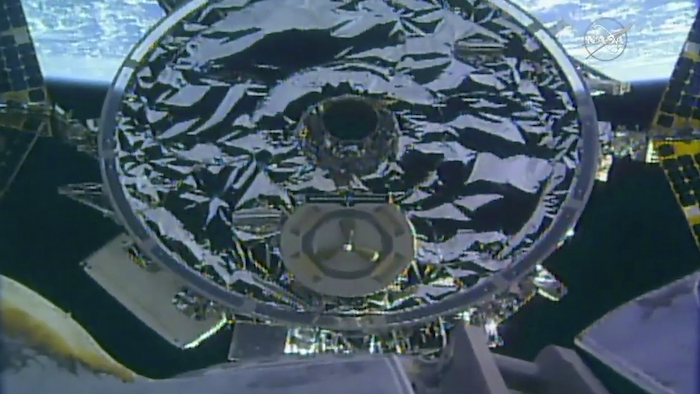 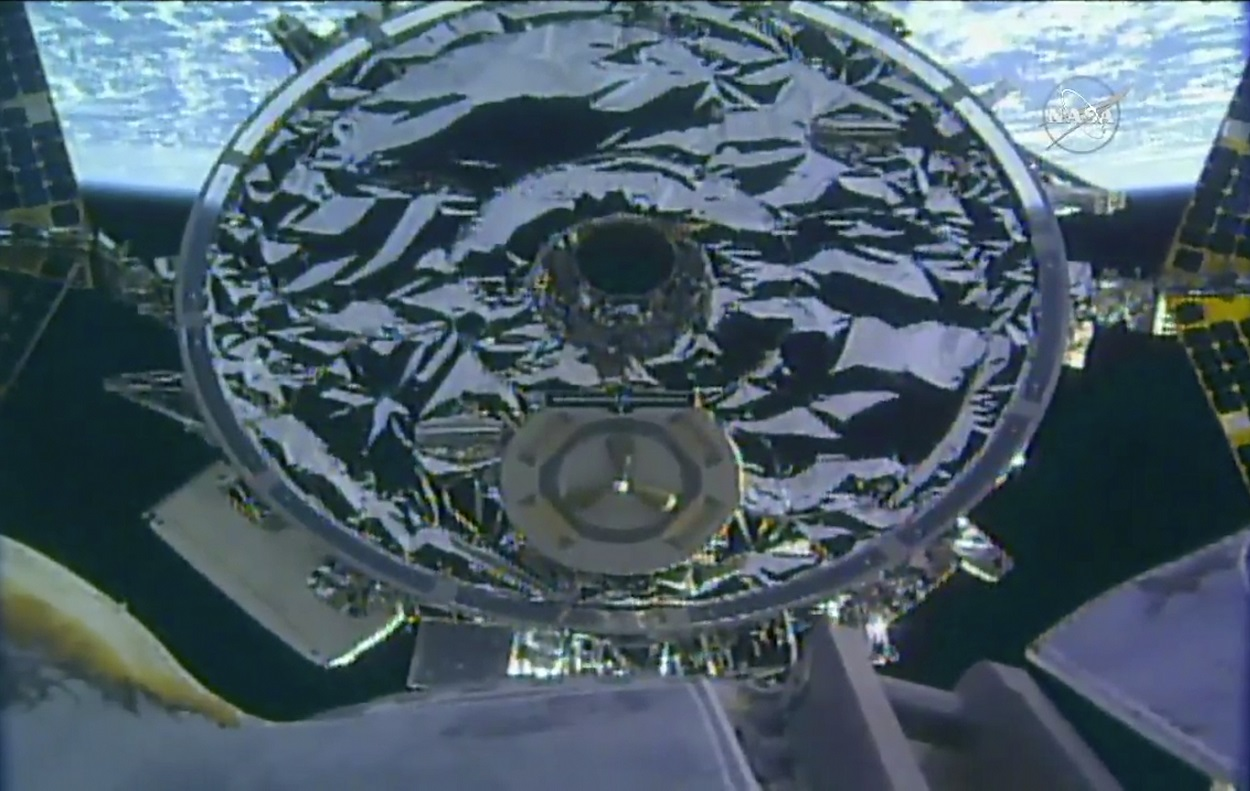 In this photo made from NASA video, the Cygnus capsule prepares to dock to the International Space Station, Thursday, May 24, 2018. Image credit: NASA via AP

The International Space Station accepted delivery Thursday of more than 7,000 pounds of supplies from Virginia.

A commercial cargo ship arrived at the orbiting lab three days after launching from Wallops Island. Orbital ATK shipped the goods for NASA in a Cygnus capsule, which is named after the swan constellation.

NASA astronauts Scott Tingle and Ricky Arnold used the station's big robot arm to snag the Cygnus from orbit, as the craft passed 260 miles above Africa's Cape of Good Hope and swung out over the southern Indian Ocean.

"Excellent job, guys," Mission Control radioed. "You've got a whole team down here in Houston with big smiles on their faces," along with the Orbital ATK controllers in Dulles, Virginia.

"It was a beautiful day to grapple the spaceship," Arnold replied.

The crew will unload the food, equipment and science experiments, then fill the capsule with trash for a fiery re-entry in July. Research accounts for about one-third of the newly arrived contents, including a small chamber from NASA's Jet Propulsion Laboratory that will use lasers to chill atoms to temperatures colder than space itself.

This particular Cygnus is dubbed the S.S. J.R. Thompson in honor of the former NASA and Orbital ATK executive who died in November.

Six men call the space station home: three Americans, two Russians and a Japanese. Three of them will return to Earth in just over a week.

Nat Geo details the incredible engineering and tech crews that assembled the spacecraft, rover and helicopter, as well as a critical flaw that almost grounded Perseverance.
Feb 18th, 2021
Follow Us
Most Recent