The number of police, sheriff, fire and emergency agencies with drones doubled in 2016, with nearly 350 departments having them as of last year. 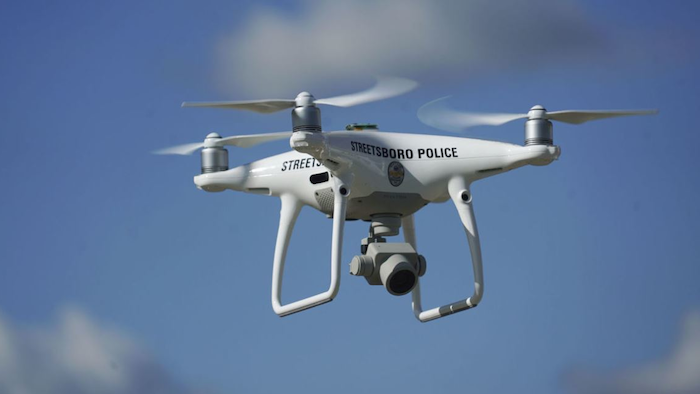 The armed robbery suspect hiding out in a camper in rural Michigan heard state troopers closing in, so he dashed into a field and crouched among the 6-foot-tall cornstalks. What he didn't know was that police had eyes on him from above.

The remote-controlled flying machines have been deployed to bust up a ring stealing bulldozers and backhoes from construction sites on the East Coast; to patrol beaches for sharks; and to scan neighborhoods for survivors in hurricane zones.

But there are obstacles to overcome before drones can change policing like two-way radios did following World War II. The limitations aren't just with their small size and battery life; federal regulations restrict how far they can go; and police face questions about how they plan to use the surveillance technology.

The number of police, sheriff, fire and emergency agencies with drones doubled in 2016, with nearly 350 departments having them as of last year, according to a study released this past spring by the Center for the Study of the Drone at Bard College in New York.

Almost half were in places with fewer than 50,000 people, the study found. "For a lot of small, rural departments, it is a big change," said Arthur Holland Michel, co-director of the center.

Drones allow police to do things that they never did even with helicopters, from working with arson investigators to measuring skid marks at car crashes, significantly cutting the time drivers spend waiting for roads to clear.

Their greatest appeal for authorities, though, is cost. A drone with an infrared camera can be had for less than $20,000, while a police helicopter can cost well over $1 million.

"It's very affordable for even small departments like ours to be able to do it; that was the kicker," said Darin Powers, police chief in Streetsboro, a city of 16,000 near Cleveland. 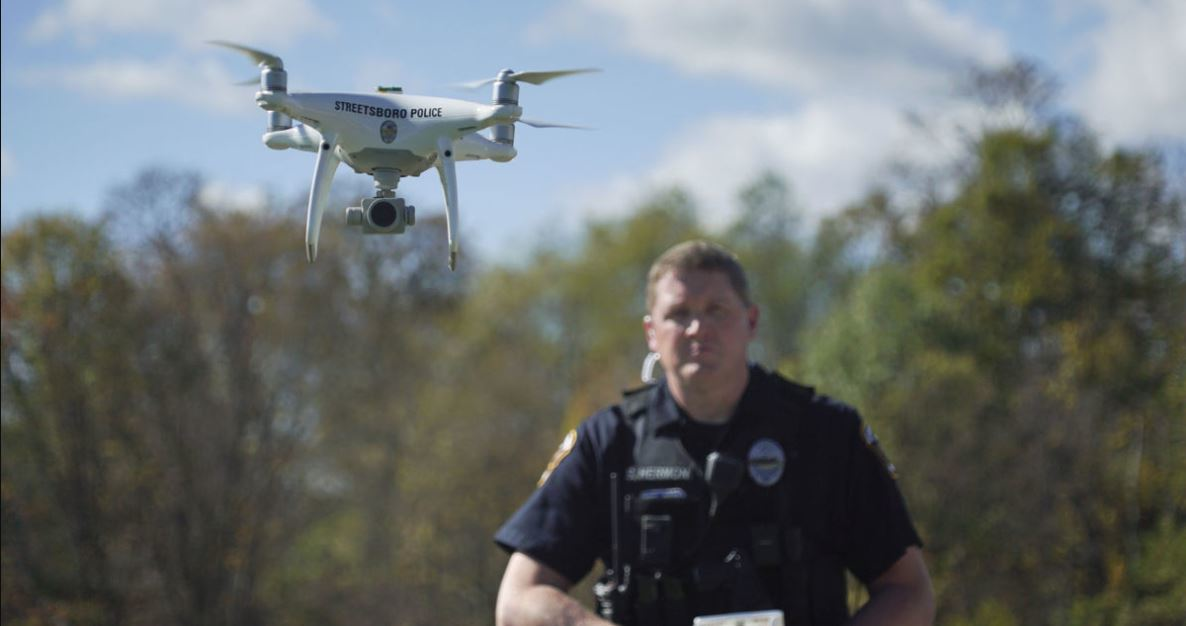 What shouldn't be compared are the capabilities of a drone and a helicopter, said Sgt. Matt Rogers, who started a drone program in 2014 with the Michigan State Police.

The agency sent up a drone in June during flooding in central Michigan to figure out what areas needed to be evacuated, and the capture of the wanted felon in the cornfield a year ago saved troopers from spending hours blindly searching for the suspect while not knowing whether he had a gun.

"It gives the investigators a great advantage that they never had before," Rogers said. "I think every chief in the U.S. wants one of these things, but it does not replace a manned aircraft."

Drones can't hoist someone to safety or transport officers, for example. And with a battery that allows them to fly for only 15 to 45 minutes, they aren't suited for long surveillance operations.

About a third of states require police to get a warrant before using drones in a criminal investigation. Others, including Massachusetts, are weighing whether to do the same. In Los Angeles, police in early October outlined guidelines limiting when it can fly drones in attempt to appease those who fear officers will be spying on residents.

The biggest barrier, drone pilots say, is a Federal Aviation Administration rule that prohibits them from losing sight of their drones while flying. That means no chasing a suspect on the run or searching miles upon miles — unless they get creative.

Authorities flying a drone in eastern Virginia's York County got around the FAA rule by climbing a firetruck ladder so they could still see the machine while searching for suspects who went deep into woods near a shopping area.

"You've got to think outside the box with these things," said Maj. Ron Montgomery, of the sheriff's office. "You're only limited by your imagination."

Figuring out how to keep them in the air longer and improving safety systems that will allow drones to fly beyond the operator's view will be one of the next big steps.

Jared Hogge, Lockheed Martin Corp.'s project manager for Indago, a 5-pound (2-kilogram) drone that can fit in the back of a patrol car, said many of the ideas for what's next are coming from officers flying the drones.

"We're at the beginning of learning how and when these systems are going to be used," he said.