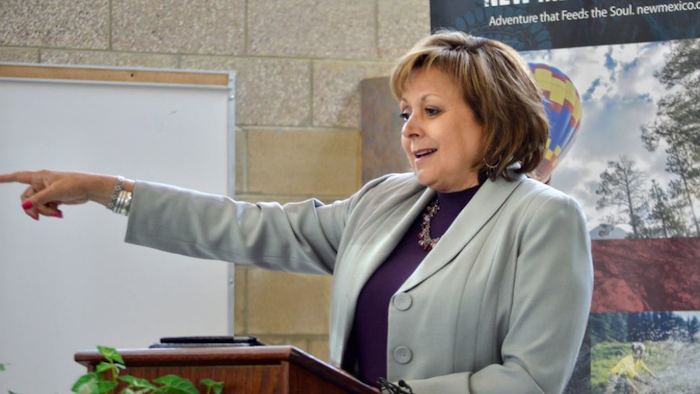 Gov. Susana Martinez says aviation and innovation have been crucial to New Mexico's economy over the years and the integration of drones into the wider airspace will make for even more opportunities.

The two-term Republican governor joined federal officials and industry representatives in Washington, D.C., on Thursday to kick off the Trump administration's drone project.

President Donald Trump gave the go-ahead last week for a pilot program aimed at increasing government and commercial use of unmanned aircraft.

The plan calls for select states, communities and tribes to devise their own trial programs in partnership with government and industry users. The results will help in the crafting of new regulations.

Martinez said drones offer nearly limitless potential for rural states like New Mexico but that integrating the technology into everyday life must be done safely.