The Air Force earlier this year invited the aerospace industry to propose planes that would meet the need for a small, low-cost aircraft. 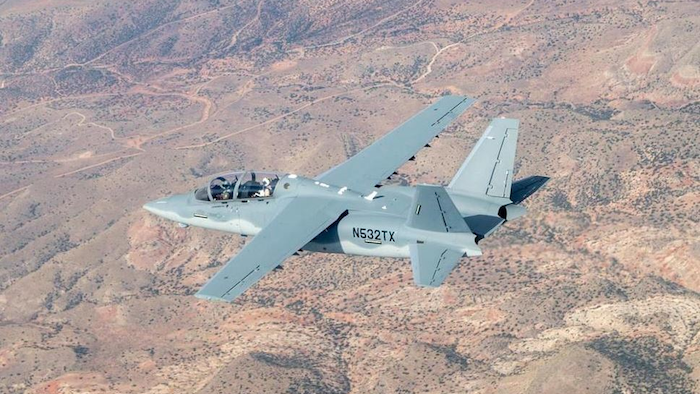 Over a U.S. Air Force base in the New Mexico desert, pilots on Wednesday tested some off-the-shelf options as the military looks for its next light-attack aircraft.

Test flights for the experiment known as the OA-X initiative are being conducted at Holloman Air Force Base. Air Force Secretary and former New Mexico congresswoman Heather Wilson was on hand along with other top officials as pilots put the planes through their paces.

The scenarios are designed to emulate combat missions and other flights such as search and rescue and reconnaissance.

The Air Force earlier this year invited the aviation and aerospace industry to put forth data on readily available planes that would meet the service's needs for a small, low-cost aircraft that could support missions on the ground while being easily maintained. The top candidates were then invited to Holloman to show off their capabilities. 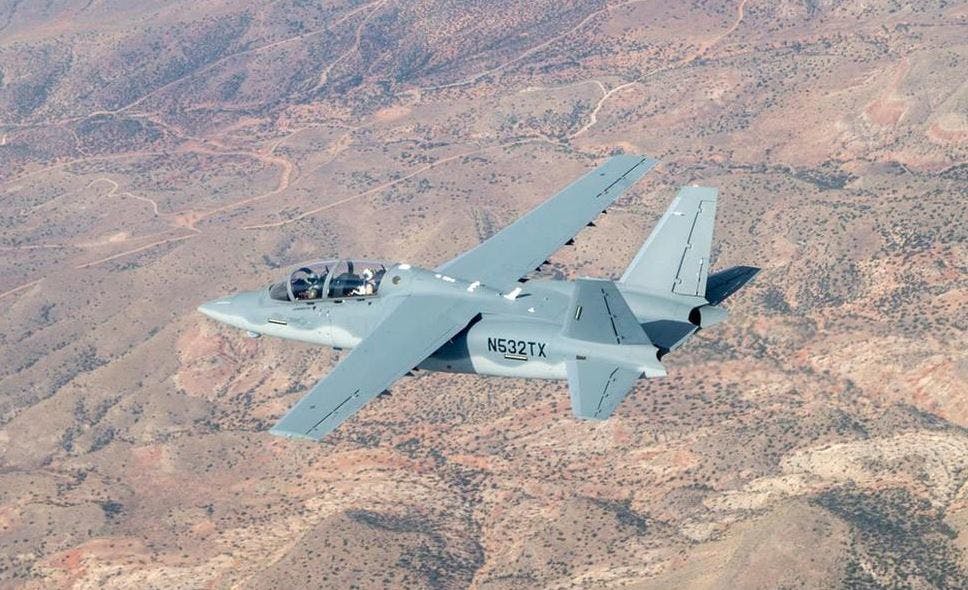 U.S. Sen. John McCain, chairman of the Senate Armed Services Committee and a supporter of the experiment, said Wednesday the event is aimed at helping the military procure the tools it needs more quickly, efficiently and affordably.

"Our adversaries are modernizing to deploy future capabilities aimed at eroding the U.S. military advantage - and reversing that trend will require a new, innovative approach to acquisition and procurement," the Arizona Republican said in a statement.

Air Force officials have said they do not consider the test flights as a competition since the event won't necessarily result in any decisions about which planes to acquire.

Some have suggested that a new light-attack plane could partly replace the A-10, which had been marked for retirement by the Obama administration. Air Force officials have disputed those claims and the latest defense spending proposals call for keeping the nation's 283 A-10s flying for the foreseeable future.

Some congressional members have pointed to the acquisition of light-attack planes as a way to lessen the burden on the service's fighter fleet and reduce operating costs related to the A-10 and other fighters such as the F-16 and the F-15.

The Senate Armed Service Committee earlier this summer added more than $1 billion to the proposed defense budget for the OA-X initiative. If the measure survives negotiations, the Air Force could use the funding to buy a fleet of light-attack and observation aircraft to bolster existing resources.

The testing includes Textron Aviation's Scorpion jet and its AT-6 Wolverine turboprop and the A-29 Super Tucano, another turboprop manufactured in Florida by Sierra Nevada Corp. and partner Embraer Defense & Security. AirTractor and L3's AT-802L Longsword also is part of the experiment.

Groundwater — rather than living creatures — formed the organic compounds found in the rock.
Jan 14th, 2022
Follow Us
Most Recent