Rosetta performed its final task Friday, dipping out of orbit for a slow-motion crash. 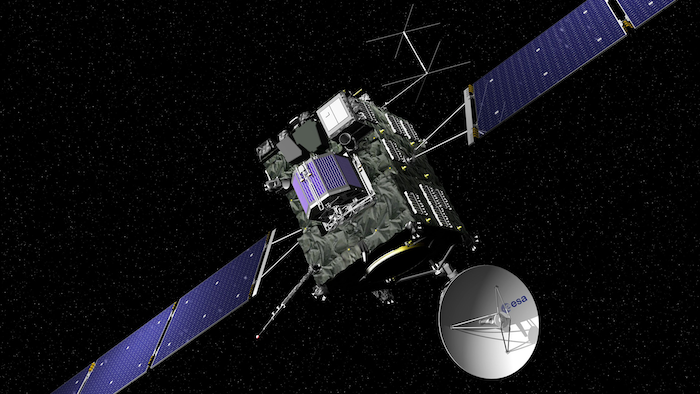 The artist impression provided on the website of the European Space Agency ESA on Sept. 29, 2016 shows ESA's Rosetta cometary probe. The spacecraft will be crash landed on Comet 67P/Churyumov-Gerasimenko Sept. 30, 2016. (J. Huart/ESA via AP)

Europe's comet-chasing space probe Rosetta performed its final task Friday, dipping out of orbit for a slow-motion crash onto the icy surface of the alien world it's been following for more than a decade.

Mission controllers lost contact with the probe as expected after it hit the surface of comet 67P/Churyumov-Gerasimenko, marking the planned end of a 12-year mission, the European Space Agency said.

Scientists sent their final command to the probe late Thursday, ordering Rosetta to fire its thrusters for 208 seconds and perform a last series of scientific measurements as it swooped toward the surface of the 4-kilometer (2.5-mile) wide comet.

Because of the distance between the comet and Earth, confirmation of the impact at 1039 GMT took about 40 minutes to reach ESA's mission control in Darmstadt, Germany.

Jan Woerner, the head of the European Space Agency, said the 1.4 billion euro ($1.57 billion) mission was already a success. Aside from sending a lander onto the surface of comet 67P in November 2014 — a cosmic first — the Rosetta mission has collected vast amounts of data that researchers will spend many more years analyzing. 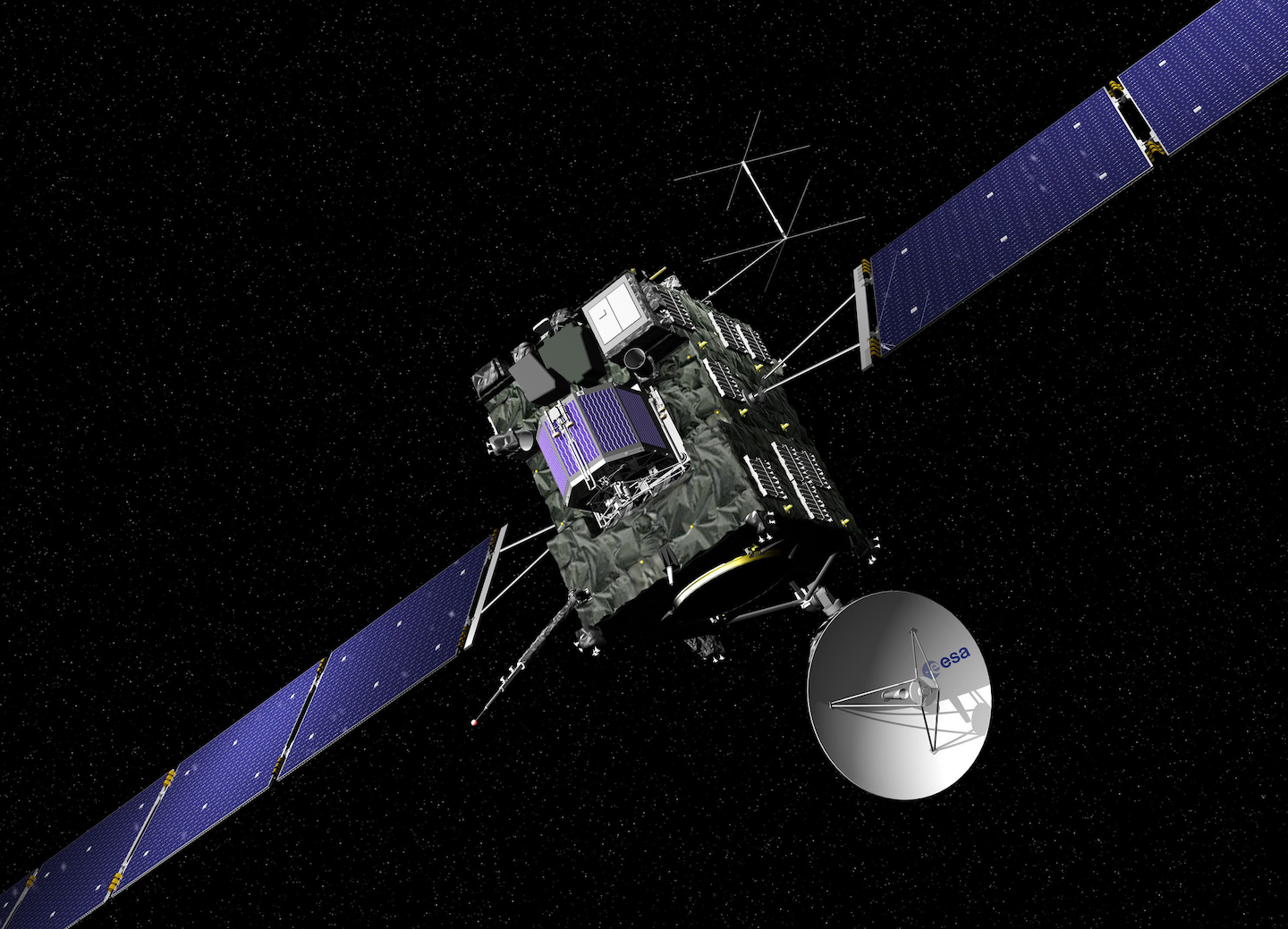 The artist impression provided on the website of the European Space Agency ESA on Sept. 29, 2016 shows ESA's Rosetta cometary probe. The spacecraft will be crash landed on Comet 67P/Churyumov-Gerasimenko Sept. 30, 2016. (J. Huart/ESA via AP)

Scientists have already heralded a number of discoveries about the chemical composition of the comet that provide crucial insights into the formation of the solar system and theories about the origin of life on Earth.

The controlled descent took place at about 90 centimeters per second — roughly half walking speed — giving Rosetta a chance to snap some unprecedented low-altitude images of the comet that could reveal surface features as small as an inch (2.5 centimeter).

Andrea Accomazzo, the spacecraft operations manager, said the mission had been a huge challenge and should be considered an achievement "not just for ESA, but for mankind." Should Earth ever be threatened by an asteroid, the experience gained from the Rosetta mission would prove valuable, he said.