The developer of the world's largest aircraft says it was damaged after a rough landing. 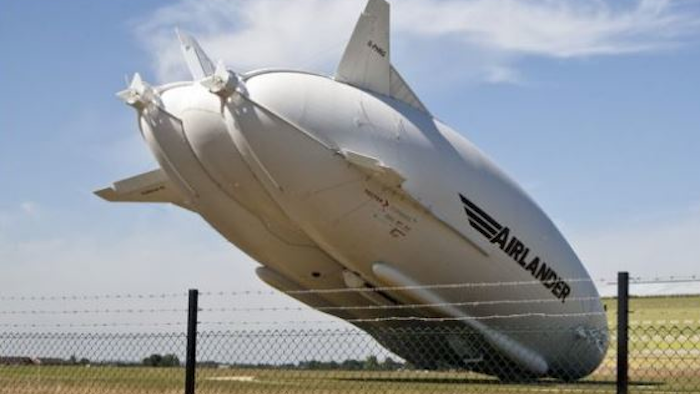 The developer of the world's largest aircraft says the blimp-shaped airship "sustained damage" after it made a bumpy landing on its second test flight in eastern England.

Hybrid Air Vehicles says it is trying to figure out what caused the rough landing of the 302-foot (92-meter) Airlander 10 during its flight Wednesday in Bedfordshire, north of London.

In a statement on Facebook it said all "crew are safe and well and there are no injuries."

A hybrid of blimp, helicopter and airplane, the Airlander is able to stay aloft for days at a time. It is designed to use less fuel than a plane, but carry heavier loads than conventional airships.

The aircraft was initially developed for the U.S. military for use in surveillance in Afghanistan.