Polish Arms Firm In Deal With US Patriot Missile Maker

Poland's major weapons maker has signed a letter of intent to cooperate with the U.S. maker of Patriot missiles in what is seen as a step toward a billion-dollar missile defense deal. 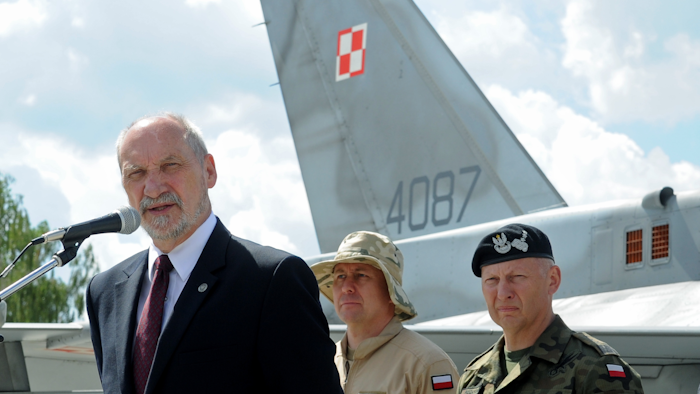 WARSAW, Poland (AP) — Poland's major weapons maker has signed a letter of intent to cooperate with the U.S. maker of Patriot missiles in what is seen as a step toward a billion-dollar missile defense deal.

The summit will decide to raise the defense of the region anxious about its security after Russia annexed Crimea in 2014 and began supporting separatists in eastern Ukraine.

Poland has been seeking to have its own missile defense of some eight batteries, and the previous centrist government was in talks with Raytheon, but no deal was signed.

Defense Minister Antoni Macierewicz, who took office in November along with the conservative and pro-U.S. government, said last year that Raytheon's offer was too costly and too extended in time and concluded that there was no deal to be signed. But the negotiations continued.

On Monday Macierewicz said he will sign an agreement with the U.S. that will name Raytheon as the probable provider of Poland's missile defense.

He said the decision was taken after Raytheon agreed to spend 50 percent of the project's cost, estimated at some $5 billion (4.5 billion euros), on cooperation deals with the Polish defense industry, chiefly the Polska Grupa Zbrojeniowa S.A.

It was not immediately clear when the deal could be signed or when the system would be in place.