Photos Of The Day: WWII Plane Pulled From Hudson After Deadly Crash

The P-47 Thunderbolt crashed Friday during a promotion for the American Airpower Museum, which was celebrating the 75th anniversary of the aircraft. 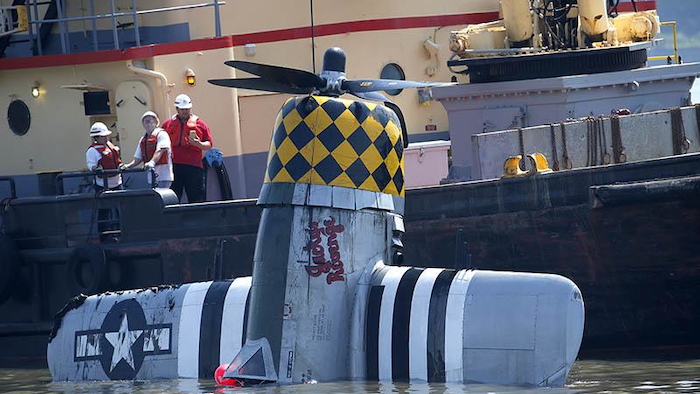 Police divers and Army Corps of Engineers personnel retrieved the wreckage of a World War II plane from the Hudson River between New York and New Jersey on Saturday after the vintage aircraft crashed during a promotional flight, killing the pilot.

The P-47 Thunderbolt crashed Friday during a promotion for the American Airpower Museum, which is celebrating the 75th anniversary of the P-47 this weekend.

Scuba divers recovered the body of the pilot, 56-year-old William Gordon, of Key West, Florida, about three hours after the crash.

Gordon was a veteran air show pilot with more than 25 years of experience, according to promotional material for a Key West air show last month. The website for the April air show says Gordon was an "aerobatic competency evaluator" who certified performers to perform low-level aerobatics. 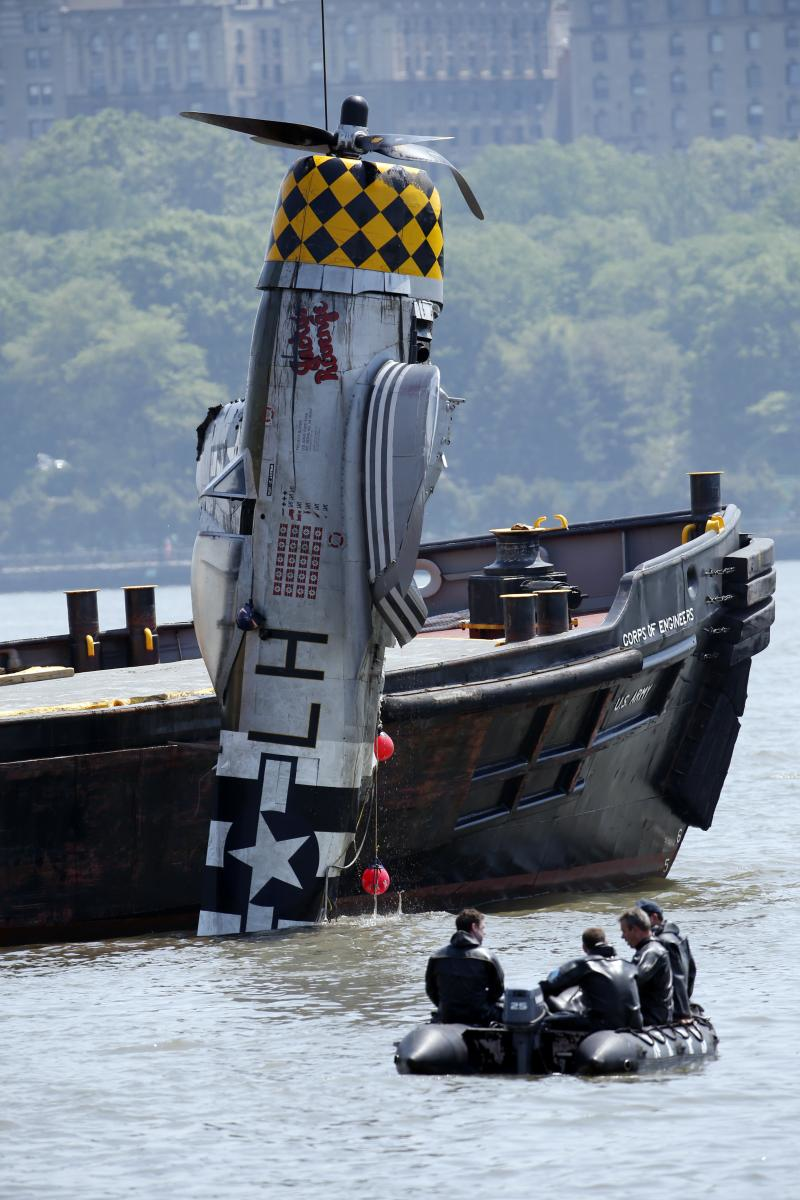 Scott Clyman, flight operations pilot for the American Airpower Museum, called Gordon "an extraordinary pilot who understood the powerful message our aircraft represent in telling the story of American courage and valor."

The single-seat P-47 crashed on a part of the river near where a US Airways commercial jet carrying 155 people splash-landed safely in 2009 in what became known as the Miracle on the Hudson.

The plane was loaded on to a barge Saturday and taken to a heliport in lower Manhattan, where investigators from the Federal Aviation Administration and the National Transportation Safety Board can examine it as part of their investigation.

A witness to the crash, Hunter College student Siqi Li, saw smoke spewing from the plane and thought it was doing a trick. 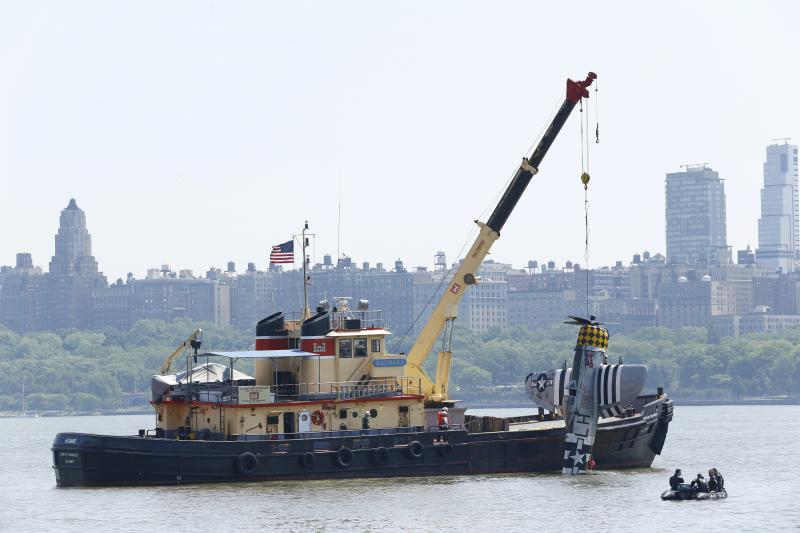 "It made kind of a U-turn, and then there was a stream of smoke coming from it," Li told the Daily News. "It was tilting down toward the water. I thought they were doing some sort of trick. I didn't realize it at first, but it was a plane crash."

The aircraft, which went down around 7:30 p.m., was among three planes that had departed from Republic Airport in Farmingdale, on Long Island, just east of New York City. The other two aircraft returned to the airport and landed safely.

Museum spokesman Gary Lewi said the plane was kept at the museum and was taking part in an air show at nearby Jones Beach this weekend. 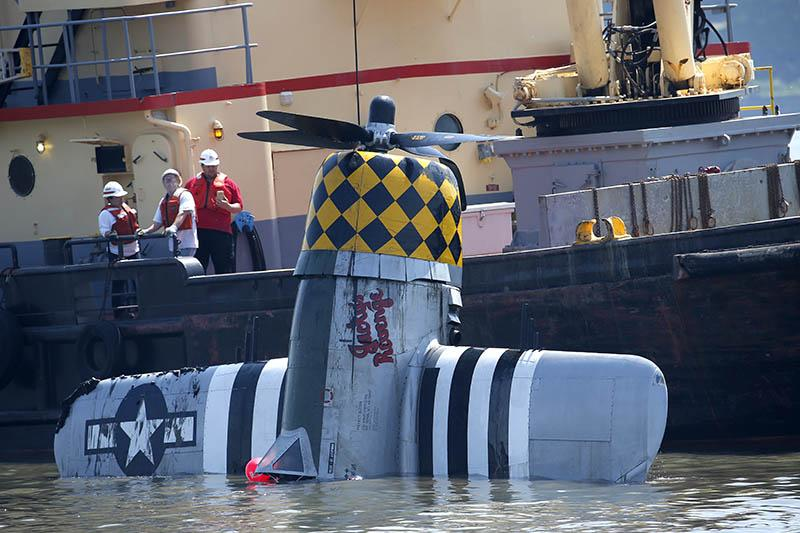 The P47-Thunderbolts were the heaviest single-engine fighter planes used by Allied forces in World War II. They first went into service in 1942, with the 56th Fighter Group based on Long Island.

Pilots flew over the museum in an aerial salute known as a "missing man formation" Saturday afternoon in a tribute honoring Gordon. 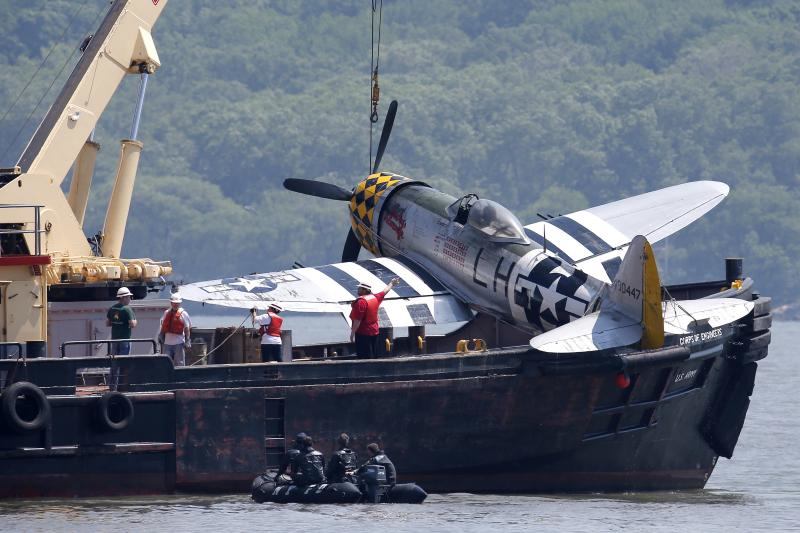 Clyman told fellow mourners that Gordon had always been fascinated by World War II fighter planes "and he quickly demonstrated the skill to master these demanding aircraft."

On Friday, Clyman said, "what fate decided was that he would not exit the fighter safely. And that loss is deeply felt beyond words."