Photo Of The Day: Mysterious Space Junk Burns Up

The object known as WT1190F was likely a remnant of a rocket. 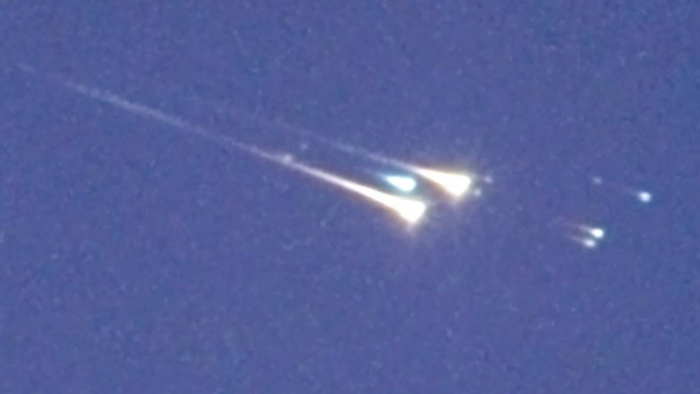 A “mysterious” hunk of space junk was headed toward Earth today. Instead of colliding, it burned up in our atmosphere, leaving only these images behind.

The object — known as WT1190F — was first identified in 2013 as just one of the more than 22,000 pieces of man-made space junk orbiting earth. In October, scientists with the Catalina Sky Survey realized it was on a collision course with Earth and — in a rare occurrence — successfully created a timeline and determined the location of potential impact.

That timeline was scheduled to end at 6:19 GMT, and that entry location was set to be off the coast of Sri Lanka, above the Indian Ocean, which led to a temporary no-fly zone and a ban on fishing in the object’s path.

As it got closer, researchers with the International Astronomical Center, SETI Institute, the United Arab Emirates Space Agency and other organizations correctly predicted that the 2-meter-long object — estimated to be a piece of a rocket body — would instead burn up upon re-entry.

Researchers are particularly interested in studying the object’s path toward Earth to learn how to handle potential future asteroid impacts.