SpaceX Might Have A Reusable Rocket By Next Year

Musk spoke about reusability as a priority in a recent interview. 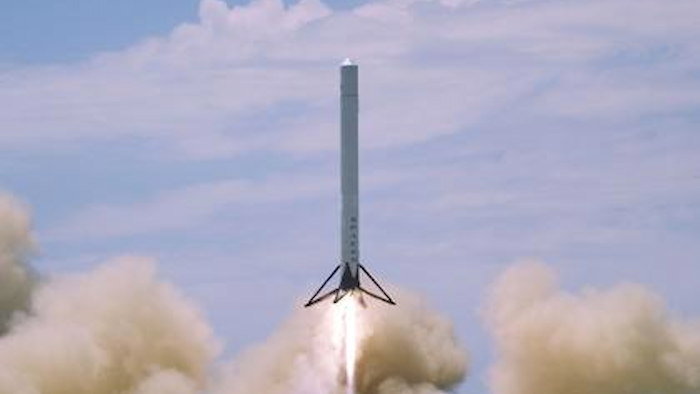 SpaceX aims to land a reusable rocket within the next year, CEO Elon Musk said at the 2015 Baron Investment Conference on Nov. 6.

The company also recently announced that the SuperDraco engines, built for the Crew Dragon capsule, have completed development testing as of Nov. 10, SpaceX said on Tuesday. These would be used during flights to the International Space Station, but SpaceX hasn’t yet put a reusable rocket into space.

The Motley Fool reported that Musk spoke about reusability as a priority in an interview.

"We haven't yet achieved it. I think what we've done thus far is evolutionary, not revolutionary," Musk said. "I think we're within, sort of, shooting distance of this. I think within the next year, we'll be able to land the rocket intact."

The problem is simply physics: "It just happens that earth's gravity is quite strong, and it's just barely possible to get a reasonable payload to orbit with an expendable rocket, so then if you add reusability, then that tends to give it negative payload to orbit," Musk said.

Money is one of the most important considerations in this matter. Enough propellant to get a SpaceX craft to the ISS would cost $250,000 to $300,000, much less than the $60 million cost of the rocket itself.

SpaceX has had some high-profile failures under its belt after the near-success of landing a rocket on a drone ship. The January 2015 landing attempt ended in damage to the rocket when it tipped over after almost landing. However, Musk seems to be taking a positive attitude to it, joking that there are some “exciting videos on YouTube” of the crash landing.