Photo Of The Day: The Saturn V’s 1967 Maiden Launch

The Saturn V remains the most powerful rocket that’s ever successfully flown. 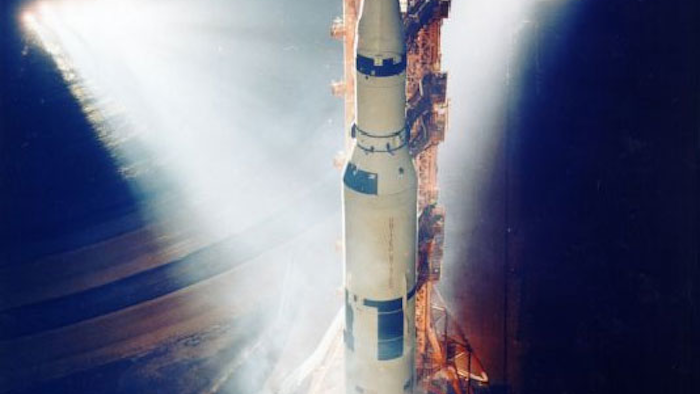 Almost 50 years ago — Nov. 9, 1967 — the Saturn V made its first liftoff. Its mission: successfully launch the Apollo 4 into orbit and mark the first step on mankind’s journey to the moon.

To this day, the Saturn V remains the most powerful rocket that’s ever successfully flown — that includes Space X’s Falcon Heavy, which will carry 117,000 pounds to the Saturn V’s 260,000-pound capacity. It was 36 stories tall — making it 60 feet taller than the Statue of Liberty — and it could generate 7.6 million pounds of thrust while launching.

All fueled up, the Saturn V weighed 6.2 million pounds.

At its launch, even seasoned broadcast journalist Walter Cronkite had a hard time keeping it together. He exclaimed, "This big blast window is shaking; we’re holding it with our hands. Look at that rocket go into the clouds at 3,000 feet! The roar is terrific!”

The 1967 maiden launch was unmanned, as was its second in 1968. But in 1969 the Saturn V succeeded in putting humans on the moon for the first time in history.

The rocket’s last hoorah was in 1973, when it launched the Skylab space station into orbit around Earth.