NASA engineers are working to remove four tanks from the shuttle for use as potable water storage on the International Space Station. 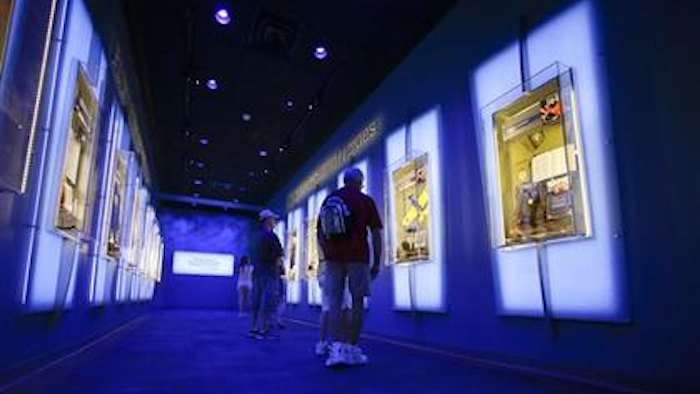 The space shuttle Endeavour is retired and on display at the California Science Center, but it's still contributing to the space program.

NASA engineers are working this week to remove four tanks from the shuttle for use as potable water storage on the International Space Station.

The tanks, which measure about 3 feet by 1 foot and weigh 40 pounds empty, are from deep inside the orbiter, so museum patrons won't notice they're gone, Science Center president Jeff Rudolph said Wednesday.

Former NASA astronaut Mark Kelly was among the science center visitors who watched the engineers delicately remove the tanks and inspect them, Rudolph said.

The shuttle Atlantis had its water tanks removed in May also for future use on the ISS, according to NASA's Steve Lighthill.

"It wasn't part of the deal, but we're always happy to work with NASA," he said. "The concept of taking something from an old shuttle and making it available for use in space is something that we think is great."

Endeavour, which flew from 1992 until 2011, is the most complete iteration of a grounded shuttle on display.