Wind gusts damaged a wing on the grounded aircraft. 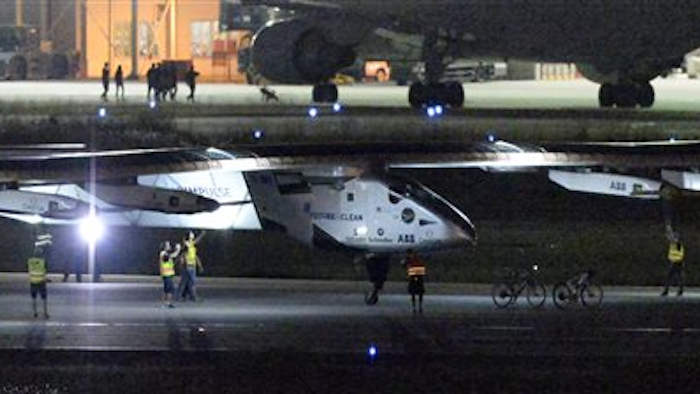 A solar-powered plane forced to land in Japan when it hit bad weather during its trip around the globe has encountered more challenges after wind gusts damaged a wing on the grounded aircraft.

Swiss pilot Andre Borschberg says on the expedition's website that the damage to the Solar Impulse 2 on Tuesday will "necessitate at least a week to repair." It has delayed the journey further, but he says the damage is not a major issue.

The Solar Impulse departed Nanjing, China, on Sunday on what was expected to be the longest leg of the journey, a six-day, 8,175-kilometer (5,079-mile) flight to Hawaii.

Instead, the plane landed late Monday at the Nagoya Airport in central Japan to wait out unexpectedly bad weather.

Borschberg is flying without any fuel.

Ingenuity was supposed to lift off on its longest, fastest flight yet.
Apr 30th, 2021
Follow Us
Most Recent