Unions representing Boeing machinists and mill workers are siding with businesses in a bitter fight over how much fish people eat, and thus how clean Washington state waters should be. 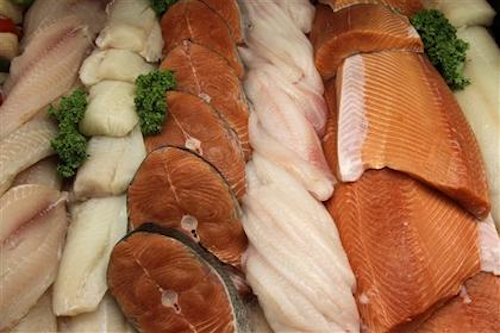 SEATTLE (AP) -- Unions representing Boeing machinists and mill workers are siding with businesses in a bitter fight over how much fish people eat, and thus how clean Washington state waters should be.

The International Association of Machinists and Aerospace Workers and others are worried a new water quality standard being developed by the state would hurt jobs and economic development.

"We want clean water," said Tanya Hutchins, a spokeswoman for the aerospace union, which represents more than 32,000 workers in Puget Sound. "We just want to make sure it's a proposal that works for everyone."

The aerospace union, the Association of Western Pulp & Paper Workers and others have scheduled a news conference for Monday in Olympia.

The state Department of Ecology appears ready to sharply increase Washington's fish consumption rate, an obscure number that has huge implications because it helps set water quality standards. A higher number means fewer toxic pollutants would be permitted in waters.

The agency has been deliberating for months on the contentious issues, with tribes, commercial fishermen and environmental groups lining up on one side, and Boeing Co., business groups and municipalities on the other.

A draft rule, initially due at the end of March, is expected this summer. The U.S. Environmental Protection Agency must approve it.

The EPA has told Washington its current rate doesn't sufficiently protect those who eat the most fish, particularly Native Americans and Pacific Islanders. The federal agency also has warned Washington officials it plans to take over the process if the state doesn't come up with a final rule by the end of 2014.

Studies have shown Washington residents eat more fish than other people nationwide, but the state currently assumes people eat about 6 ½ grams a day — or about a small fillet once a month.

The state is considering raising the fish consumption rate to between 125 and 225 grams of fish a day. Oregon set its rate at 175 grams a day.

Northwest tribes, environmental groups, commercial fishermen and others are pressing for a higher rate and a standard that would protect all people, particularly those who eat the most fish. They urge Gov. Jay Inslee and the state to do its job to prevent cancer-causing pollutants from entering the state's waters.

Businesses, cities and counties, meanwhile, worry standards will be set so high they can't be achieved, driving businesses out of the state.

Hutchins says the range being considered is too stringent and unreasonable. She and others note technology doesn't exist in some cases to limit certain pollutants. Environmental groups argue the standards would drive technological innovations.