Emirates Airlines has cancelled its order for 70 Airbus A350 aircraft, a blow to the manufacturer that has seen its share price sink 4 percent in morning trading. 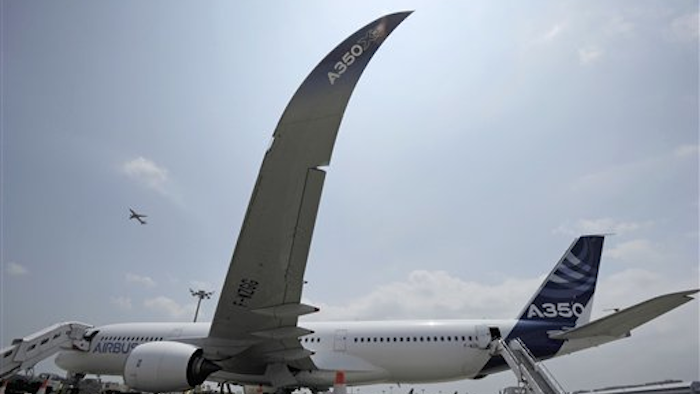 PARIS (AP) -- Emirates Airlines has cancelled its order for 70 Airbus A350 aircraft, a blow to the manufacturer that has seen its share price sink 4 percent in morning trading.

The A350 is intended as Airbus' best hope for catching up in the long-haul market that is dominated by Boeing's 777 and 787 but has been plagued by years of delays and a multibillion dollar revamp.

In Wednesday's announcement, the companies said Emirates cancelled the order after a "fleet requirement" review. The carrier is owned by the government of Dubai and is by far the largest in the Mideast.

Emirates has been rapidly adding the Boeing 777 to its fleet, and last year placed an order for 150 of the planned 777x model in a deal valued at $55.6 billion.