In a statement, IAM leaders said the latest proposal contains "significant improvements" over an offer rejected by Machinists in November. Local union leaders disagree with that assessment and have opposed any new vote on the contract. 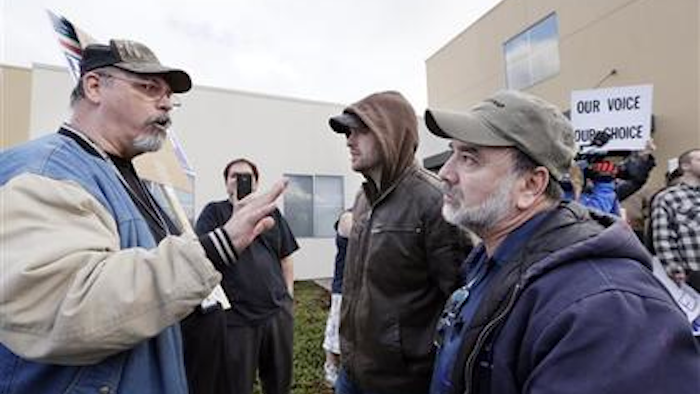 SEATTLE (AP) — The International Association of Machinists and Aerospace Workers has set a vote on a proposed contract with Boeing Co.

National union leadership said Sunday that the vote will be Jan. 3. In a statement, IAM leaders said the latest proposal contains "significant improvements" over an offer rejected by Machinists in November.

Local union leaders disagree with that assessment and have opposed any new vote on the contract.

The latest Boeing offer would still move workers away from a traditional pension plan. However, it backs away from a proposal that would have slowed the rate at which employees rise up the pay scale.

The contract would secure work for Machinists in Puget Sound on the new 777X airplane at a time when 22 states are vying for those jobs.