Boeing Co. topped Airbus in deliveries to customers for the third straight year in 2014 — but the European aircraft manufacturer edged its U.S. rival in terms of future orders. Airbus, which is headquartered in Toulouse, France, reported Tuesday that it delivered 629 planes, shy of Boeing's... 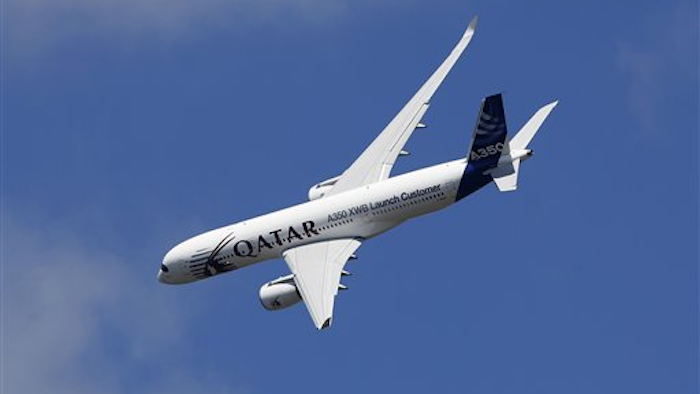 Boeing Co. topped Airbus in deliveries to customers for the third straight year in 2014 — but the European aircraft manufacturer edged its U.S. rival in terms of future orders.

Airbus, which is headquartered in Toulouse, France, reported Tuesday that it delivered 629 planes, shy of Boeing's record 723 deliveries. But Airbus racked up 1,456 net new orders, just ahead of Boeing's 1,432. New orders are key to future market share.

Airbus and Boeing, which is based in Chicago and builds planes in the Seattle area and South Carolina, have built up huge order books as profitable airlines look to refresh their fleets.

Airbus CEO Fabrice Bregier called it "a landmark year" and pointed to the company's record order backlog of 6,386 planes, which equates to around nine years of production.

The company made the first delivery of its new A350XWB plane to Qatar Airways last month.

Airbus sales chief John Leahy called the sales battle "a draw" during the Airbus annual press conference, which was web-streamed from Toulouse.

Leahy and Bregier defended the company's A380 superjumbo despite slackening demand and news media speculation about the plane's future. "I am confident that the A380's best days lie ahead," Bregier said.

Leahy said the market for such giant planes is small but that "we are absolutely dominating the market" because "we've got the right aircraft."

The Chang’e 6 mission will include equipment from France, Sweden, Russia and Italy.
Apr 27th, 2021
Follow Us
Most Recent