To see the future of drones, head up the hill at the intersection of Industrial Drive and Electronics Avenue. Inside a bland brick office building, the team at CyPhy is working on tethered machines that can fly nonstop for days and pocket-sized drones for search-and-rescue... 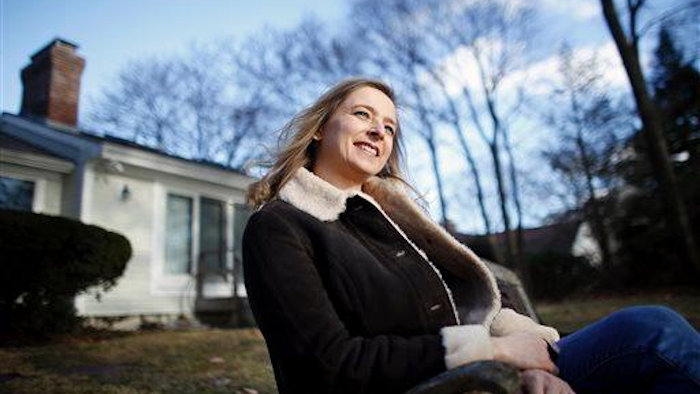 To see the future of drones, head up the hill at the intersection of Industrial Drive and Electronics Avenue. Inside a bland brick office building, the team at CyPhy is working on tethered machines that can fly nonstop for days and pocket-sized drones for search-and-rescue missions.

It's not a fancy building. There's no giant aerospace or defense company here in Danvers, north of Boston. Just small teams of computer scientists and mechanical engineers working in spaces called "The Playpen," ''The Den" and "The Department of Failed Good Intentions."

In many ways, the nascent drone industry looks a lot like the personal computer industry did in its infancy. The money to fuel development is coming largely from entrepreneurs' own checkbooks.

"They get just enough money to make a prototype, get it out the door and get a couple of clients," says Maryanna Saenko, an analyst with the science and technology consulting firm Lux Research.

When the Federal Aviation Administration announces rules opening U.S. airspace to some commercial drones, more investors are expected to get on board. But until then, many venture capitalists say, drones remain too risky and too expensive to bet on.

CyPhy Works is one of the few manufactures to attract deep pockets. It raised $10 million in venture capital, but that's probably because founder Helen Greiner has a proven track record with robotics. She was one of the co-founders of iRobot, the company behind the Roomba vacuuming robot as well as military robots that helped U.S. troops in Iraq and Afghanistan remotely detonate bombs.

Even with that money, CyPhy — pronounced "sci-fi" — is still a small company that often uses Greiner's house for staff barbeques and meetings over pizza.

The largest recipient of investor dollars in the drone world — at $40 million — has been Airware of San Francisco, which is building an operating system to let drones and their added components work together.

The industry for small drones is potentially larger than the defense industry "and certainly more interesting and beneficial to society," says Airware CEO Johnathan Downey.

Venture capital firms generally prefer investing in industries with low infrastructure costs, such as developers of smartphone apps or security software. They want a quick return, and the government's prohibition on most drones means the drone industry can't offer that.

But the company has grabbed the attention of big-name investors like GE Ventures and Kleiner Perkins Caufield & Byers. It helps that Airware is one of the few companies not actually building drones or drone cameras.

Mike Abbott, a general partner at Kleiner Perkins, says the real power of drones is the large amount of data they can collect. Even so, he hedges his enthusiasm.

"I'd like to think it will be life altering," Abbott says. "But time will tell."

For Greiner and CyPhy, there's a deeper, philosophical approach. She talks about the ability of robots to empower humans and make their lives better. Drones are the next logical step. They can fly in an "unobstructed highway" just above the trees and power lines.

"You can solve a mobility problem easier because they don't have to deal with all that stuff on the ground," says Greiner, who wears a tiny toy robot, dangling from her necklace. "It's almost like you are cheating. Drones will come before fully automated cars."

She's a true believer. Greiner grew up taking computer classes at Radio Shack. But the real childhood influence for her was seeing "Star Wars" at age 11 and being introduced to R2D2, the loveable robot out to save the universe.

"I was never into Princess Leia or Han Solo. It really was R2D2," she says. "I think it's because they made him a hopeful robot with a personality."

Almost on cue, she gets a call. Her ringtone: the "Imperial March" from "Star Wars." The call goes to voicemail and, to signal a new message, the phone beeps and chirps just like R2D2.

Greiner is enough of a realist to recognize that not everybody loves robots the ways she does. But she has no doubt the public will learn to accept them.

"When we first started talking about the Roomba to people, they imagined a female robot following around a vacuum," she says. "Women would say: 'No way, I don't want that in my house.'"

That quickly changed. Today, more than 10 million Roombas have been sold. And more than 60 percent are so loved by their owners that they have names.