The Army has awarded $80 million in helicopter contracts to Wall Street executive Lynn Tilton even as the Justice Department is investigating whether she played by the rules to win earlier military work. Tilton is the founder of the private equity firm Patriarch Partners, which owns MD... 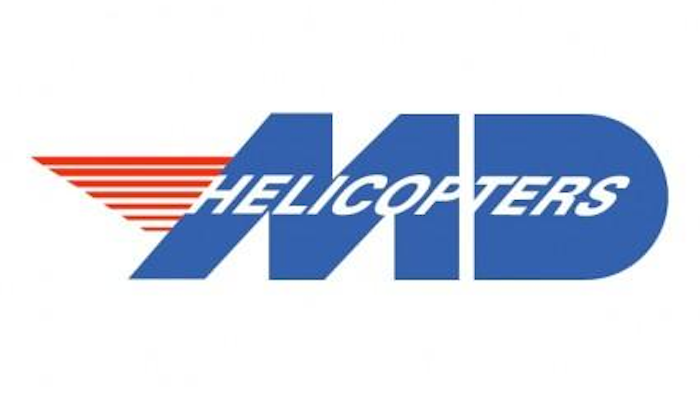 The Army has awarded $80 million in helicopter contracts to Wall Street executive Lynn Tilton even as the Justice Department is investigating whether she played by the rules to win earlier military work.

Tilton is the founder of the private equity firm Patriarch Partners, which owns MD Helicopters of Mesa, Arizona, and dozens of other companies. The Justice Department inquiry is focused on Tilton's hiring of a former Army officer who allegedly steered millions of dollars in contracts to MD Helicopters while the pair negotiated his future employment.

The Associated Press reported in March that Tilton and Bert Vergez, a retired colonel who ran an Army acquisition office in Huntsville, Alabama, were in unusually close contact for more than a year before Vergez retired from military service in late 2012. Three months later, he was working for Tilton.

Under the terms of the two new deals, MD Helicopters will provide Afghanistan's air force with armed helicopters. The contracts are underwritten by the Army and buttress President Barack Obama's plan to shift the security mission to the Afghans from the U.S.-led coalition, which is scheduled to leave at the end of 2014.

The Justice Department is looking into allegations that Vergez provided Tilton with details about upcoming contracts to give her company an advantage over the competition, according to internal company documents obtained by AP and interviews with people knowledgeable of the investigation but not authorized to discuss the matter.

Vergez's hiring by Tilton so quickly after hanging up his uniform may have violated rules requiring that federal officials wait a year or more before receiving compensation from a company they dealt with while working for the government.

Investigators are also examining whether the government paid inflated prices for rotorcraft it purchased from MD Helicopters.

Vergez, who is no longer employed by MD Helicopters or Patriarch Partners, did not return emails and telephone calls seeking comment.

Amy Romano, a spokeswoman for MD Helicopters, said in an email that it "is MDHI's clear understanding that neither MDHI nor Patriarch Partners is the target of any criminal investigation." Romano, however, declined to say who provided that understanding. Emails to Tilton were not returned.

The potential scope of the Justice Department's probe is detailed in a series of documents distributed to a small group of personnel at MD Helicopters earlier this year by Mike Killham, the company's general counsel. The documents detail a wide range of records U.S. government attorneys were seeking and the company's obligation to provide the information.

The requested records include material related to Vergez's hiring, the relationship between Tilton's companies and the acquisition office in Huntsville, and the Army's prior purchases of rotorcraft from MD Helicopters for foreign customers. Government attorneys also wanted Tilton's phone message logs, day planners and expense records.

Separately, two former employees of MD Helicopters have filed a civil suit against Vergez, Tilton and her companies under the Federal False Claims Act. Philip Marsteller and Robert Swisher said they told their superiors that hiring Vergez would be illegal, according to the lawsuit, but their warnings were ignored.

In their lawsuit, Marsteller and Swisher said they grew increasingly concerned over the "level of Col. Vergez' subservience to Tilton and his continuing involvement in MD's Army contracts" while he awaited a high-paying job with the company that Tilton promised him once he retired from the Army.

Romano described Marsteller and Fisher as "disgruntled former employees" and said their allegations are "wholly without merit."

Defense Department spokeswoman Maureen Schumann said it is department policy to not comment on any ongoing litigation or ongoing investigation. The Justice Department declined to comment.

The contracts were awarded to MD Helicopters between Sept. 19 and Oct. 1. The first, worth $35.6 million, is for 12 of the company's 530F helicopters. The second could be worth as much as $44.2 million and covers the installation of weapons on these helicopters as well as five other 530Fs the Army purchased in 2011 for the Afghan military.