Jobs could be created as figures reveal there has been a surge in demand for new aircraft and engines. New data from aerospace trade organization ADS Group highlights there was a surge last month, which has resulted in the largest ever month-on-month increase in the order book. The boost, which brings the total backlog to 12,000 aircraft and 21,000 engines, is estimated to be worth... 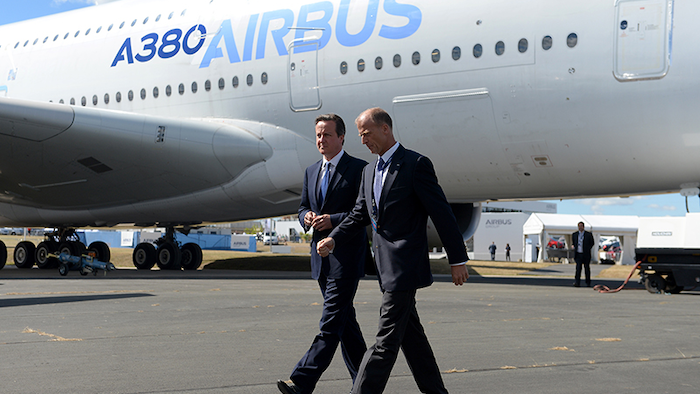 Jobs could be created as figures reveal there has been a surge in demand for new aircraft and engines. New data from aerospace trade organization ADS Group highlights there was a surge last month, which has resulted in the largest ever month-on-month increase in the order book. The boost, which brings the total backlog to 12,000 aircraft and 21,000 engines, is estimated to be worth between £135 billion and £155 billion to the UK over the next nine years.

The amount of orders is set to offer valuable stability to this wealth-producing sector and the many hundreds of thousands of people it employs. Projections forecast a demand for more than 29,000 commercial airliners between now and 2032.
The increase is likely to take place as airlines aim to grow or improve their fleets to cater for rising passenger numbers.
The industry is responding by increasing deliveries. In July, new deliveries were worth up to £1.7 billion to the UK.
One of the firms affected is Airbus, which employs staff from Gloucestershire and is based in Filton, Bristol.
A spokesperson from Airbus said July's Farnborough Air Show in Hampshire led to $75.3 billion worth of business for the company for a total of 496 aircraft: "This is particularly good news for the UK where the wings for our aircraft are designed and manufactured. "Airbus sustains work for more than 100,000 people through an extended supply chain of more than 1,000 companies located across the UK, around 45 per cent of which are SMEs. The continuing strong order book helps to maintain the UK's position as a European and global leader in aerospace."
Paul Everitt, chief executive of ADS Group, said the show had exceeded expectations in creating new business. He said: "As an important event for the global aerospace industry, we expected to see a peak in orders during the Farnborough Airshow. However, the volume of firm orders placed in July was unprecedented adding almost 650 aircraft and 1,100 engines to an already robust order book. Looking to the rest of the year, we expect the focus to shift to maximising production and delivery numbers.
"Already this year, we have seen the number of aircrafts being delivered increase significantly, putting us on track for a record-breaking year for aircraft deliveries, contributing more than £10 billion to the UK already this year." In total the UK aerospace sector directly and indirectly employs 229,100 people. It has a turnover of £27.8 billion and has a 17 per cent global market share. The industry has also seen a 9.4 per cent annual growth.
These new orders reflect long-term industry growth.
Latest in Aerospace

The company told its customers to address the matter before flying the embattled aircraft further.
Apr 9th, 2021
Follow Us
Most Recent