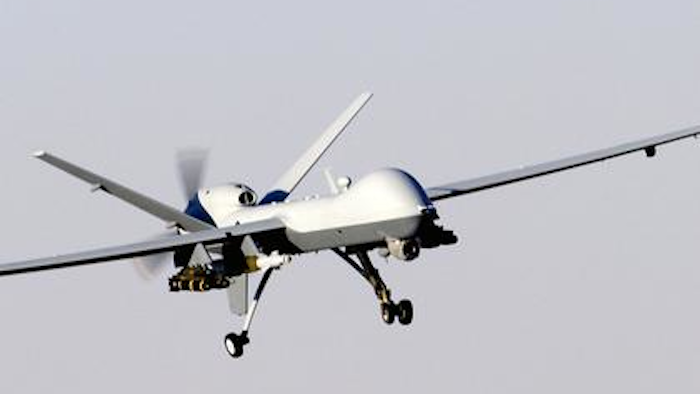 Air force spokesman Shen Jinke was quoted by the official Xinhua News Agency as saying the drone carried out a successful mission Tuesday morning in which it destroyed a mock enemy command vehicle with a missile.

Shen said the drone's ability to monitor, identify and destroy objects below in real time makes it an important tool in fighting terrorists. China says radicals fighting Chinese rule in the vast northwestern region of Xinjiang have used illicit border crossings and desert encampments that could be monitored from above.