Lockheed Martin Corp. came to Colorado Springs in 1965 to help get the North American Aerospace Defense Command up and running, and almost five decades later, the defense giant still holds a contract that includes work at the Cheyenne Mountain facility as the... 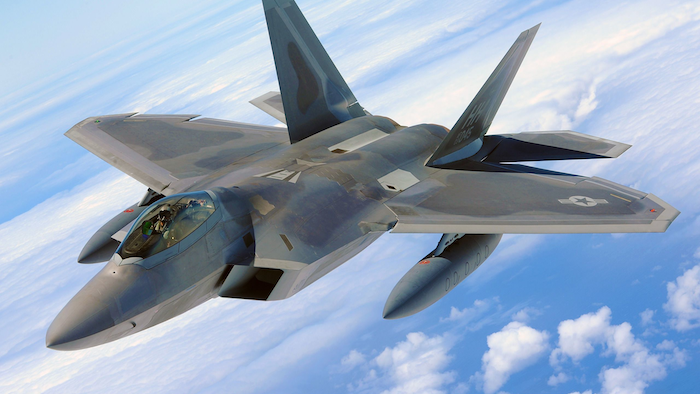 Lockheed Martin Corp. came to Colorado Springs in 1965 to help get the North American Aerospace Defense Command up and running, and almost five decades later, the defense giant still holds a contract that includes work at the Cheyenne Mountain facility as the foundation of its local operation.

At the dawn of the complex built within Cheyenne Mountain, a company later acquired by Lockheed provided the first computers used by the command to analyze information from radar stations to provide early warning of an attack on North America. From those first computers through several series of upgrades and modernization projects, Lockheed and the businesses it has acquired have been involved with NORAD almost continuously.

As Lockheed gets ready to celebrate its 50th year in the Springs, it's reflecting on its past and preparing for the future as two of its key contracts in the Springs come up for bids.

When Lockheed came to Colorado Springs, it had fewer than 100 employees. Today, it employs more than 2,000 at two primary locations: the InterQuest business park and on Powers Boulevard just north of Peterson Air Force Base. The rest of the employees are scattered throughout several commands at Peterson and Schriever Air Force bases, Cheyenne Mountain Air Force Station and other military facilities in the area.

That makes Lockheed the area's largest defense contractor and one of its biggest private employers.

"As one of the most recognized names in the world, Lockheed Martin is a critical piece of the over $12.5 billion aerospace and defense economy here locally," said Andy Merritt, chief defense industry officer for the Colorado Springs Regional Business Alliance. "They are the largest aerospace and defense employer in the region, working in key components of our defense industry such as information systems, satellite programs and missile defense."

One reason for Lockheed's commanding presence in the area is that it has largely escaped major cutbacks triggered by automatic federal budget reductions. Smith believes the reason is that Lockheed has "great relationships with customers and a phenomenal portfolio of programs supporting high-priority national security missions."

About half of Lockheed's local workforce is employed through two major contracts the company holds to operate and maintain information technology networks for air defense, missile warning and space defense systems for NORAD and U.S. Northern Command, and to build a network integrating all elements of the Ballistic Missile Defense System for the Missile Defense Agency. The rest of the local employees are assigned to about 100 other contracts with the U.S. military and its allies.

Smith is hopeful the company will retain its two most important contracts.

"We have been working alongside both of these critical customers for over a decade and we hope to continue these partnerships in the future." he said. "For any of our recompetes, we work to put forward compelling offers and look forward to the government's decisions."

Nearly all of Lockheed's Colorado Springs-area employees develop specialized software or build sophisticated computer networks and systems, both designed to manage information for military commanders to control personnel and weapon systems. About 50 employees in a plant near the Colorado Springs Airport do more traditional manufacturing, outfitting six-wheel military trucks with communications gear to enable voice and data communication in remote areas, and installing equipment in mobile command centers.

The company is developing systems to be able to assess information they receive and assign a probability of how a battle, attack or insurgent uprising might develop and play out, so commanders can position troops or weapon systems in anticipation of those developments, Smith said.

"Given all the data, the system will make an assessment of what may happen in the future and assign a probability to that, which can be used to predict uprisings and realign assets to respond," Smith said.

Similarly, the Command and Control Battle Management and Communication system Lockheed is building connects all elements of the Ballistic Missile Defense system on a single screen so commanders can respond to a missile launch by determining which weapon system is in the best position to shoot it down. The system was used in a successful June test to detect a missile launched over the Pacific Ocean, which was intercepted by a ship-based Aegis missile battery.

A key part of what Lockheed must do on most of its military contracts is integrate older sensors, ground stations and weapon and computer systems into new systems it is building, and ensure that new weapons and computer systems can easily be added, said James Hammond, director of the Missile Defense unit for Lockheed's Information Systems and Global Solutions business. The system also is designed to determine where missiles will land, giving commanders the option to ignore those headed for unpopulated areas, he said.

Lockheed has continued to expand its local operation, and in April, it moved a team of about 30 people to Colorado Springs from an operation in Goodyear, Arizona, that the company is closing. The team is working on an Air Force contract to maintain South Korea's Peace Krypton reconnaissance aircraft system. That system uses special radar that produces photo-like images for military and humanitarian missions by the South Korean government.

Lockheed also is repackaging some of the command and control systems developed in the Springs under previous contracts to be sold in different configurations or on an a la carte basis to other military commands and agencies and even to U.S. allies. Smith said the repackaging allows the company to better tailor products for international customers and compete in an era of declining military budgets.

One example is DiamondShield, a software package integrating air operations with missile defense that is targeted for international customers and has resulted in at least one sale, reported by Defense News as the United Arab Emirates.

Information from: The Gazette, http://www.gazette.com