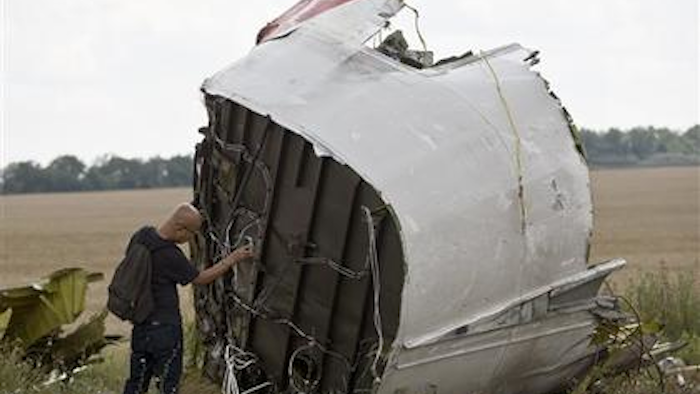 David Cameron said on Twitter that British experts at the Air Accidents Investigation Branch will retrieve data from the flight recorders for analysis, following a request from the Dutch government.

Earlier Tuesday, pro-Russia separatists in Ukraine handed the two black boxes from Flight 17 over to Malaysian investigators in the city of Donetsk. Malaysian Prime Minister Najib Razak said the handover was part of an agreement he had reached with rebel leader Alexander Borodai.

Najib said the black boxes appeared "to be in good condition."