This week's 45th anniversary of man's first landing on the moon is being celebrated at the White House. 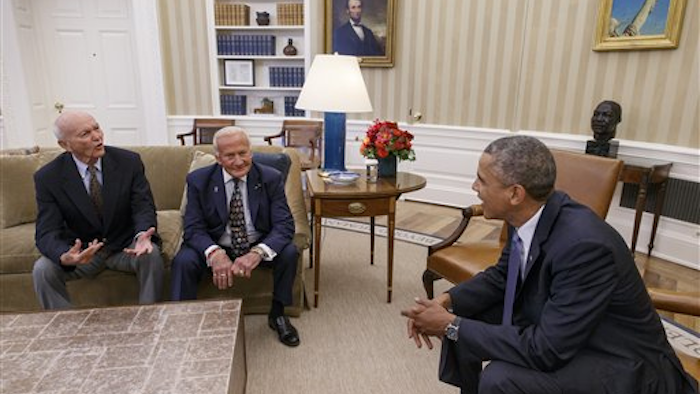 WASHINGTON (AP) -- This week's 45th anniversary of man's first landing on the moon is being celebrated at the White House.

President Barack Obama met with representatives of the Apollo 11 mission in the Oval Office Tuesday morning.

Apollo 11 landed on the lunar surface on July 20, 1969. Astronaut Neil Armstrong, the first human to walk on the moon, died two years ago.

Armstrong's fellow crew members, Buzz Aldrin and Michael Collins, were among those who met with Obama, along with Armstrong's widow, Carol. NASA administrator Charles Bolden and White House science and technology official Patricia Falcone also participated in the private meeting.