The special design of American Crane’s clean room crane is imperative for the safe performance of the spacecraft. Later this year, an uncrewed Orion will launch on a Delta IV Heavy rocket and travel 3,600 miles beyond low Earth orbit, 15 times further than the International Space Station. That same day, Orion will return to Earth at a speed of approximately 20,000 mph for a splashdown in the Pacific Ocean. This flight test will help ensure the safety of the flight crew for future manned flights.

American Crane & Equipment Corporation is a privately held U.S. company with headquarters in Eastern Pennsylvania. This leader in material handling equipment has designed and manufactured overhead cranes and hoists for the Aerospace, Nuclear, Oil and Gas, Transit, Construction and Waste industries along with many others. 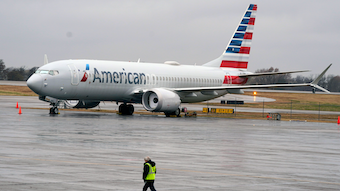