The Pittsburgh-based aluminum company has been moving away from mining and smelting aluminum to focus on selling parts used to build planes and cars. 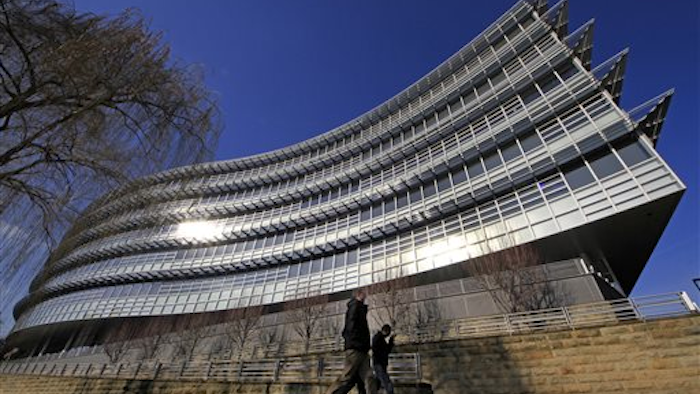 NEW YORK (AP) -- Alcoa said Monday that it has signed a $1.1 billion deal to make jet engine parts for a unit of United Technologies Corp.

The Pittsburgh-based aluminum company has been moving away from mining and smelting aluminum to focus on selling parts used to build planes and cars. Last month, Alcoa said it planned to spend nearly $3 billion to buy British jet engine component company Firth Rixson.

Alcoa said the new deal with United Technologies' Pratt & Whitney division will last at least 10 years. It will supply parts for the engines Pratt & Whitney makes for planes. Among the parts Alcoa will make are aluminum fan blades that are lightweight and more fuel efficient.

Shares of Alcoa Inc. rose 18 cents to $16.15 in afternoon trading. Earlier its shares rose as high as $16.25, their highest point since July 2011. Shares of Hartford, Connecticut-based United Technologies, which makes elevators, helicopters and jet engines, rose 81 cents to $114.94.

The cleanup will cost millions and take decades in removing cancer-causing pollutants.
Apr 13th, 2021
Follow Us
Most Recent