Boeing has finalized a contract with NASA to develop the core stage of the Space Launch System (SLS), the most powerful rocket ever built and destined to propel America’s return to human exploration of deep space. 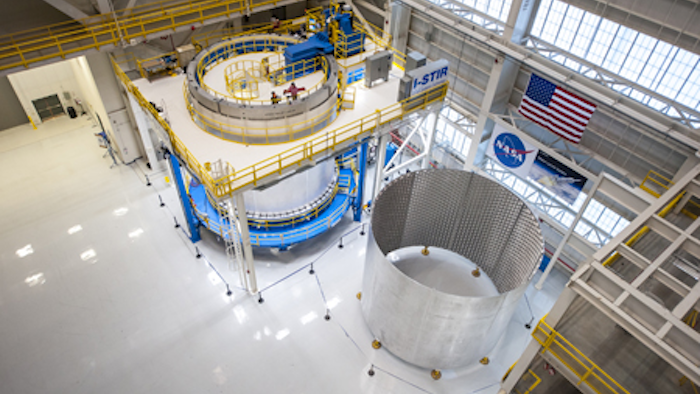 HUNTSVILLE, Ala. -- Boeing [NYSE: BA] has finalized a contract with NASA to develop the core stage of the Space Launch System (SLS), the most powerful rocket ever built and destined to propel America’s return to human exploration of deep space.

The $2.8 billion contract validates Boeing’s earlier selection as the prime contractor on the SLS core stage, including the avionics, under an undefinitized contract authorization. In addition, Boeing has been tasked to study the SLS Exploration Upper Stage, which will further expand mission range and payload capabilities.

The agreement comes as NASA and the Boeing team complete the Critical Design Review (CDR) on the core stage – the last major review before full production begins.

“Our teams have dedicated themselves to ensuring that the SLS – the largest ever -- will be built safely, affordably and on time,” said Virginia Barnes, Boeing SLS vice president and program manager. “We are passionate about NASA’s mission to explore deep space. It’s a very personal mission, as well as a national mandate.”

During the CDR, which began June 2, experts examined and confirmed the final design of the rocket’s cryogenic stages that will hold liquefied hydrogen and oxygen.  This milestone marks NASA’s first CDR on a deep-space human exploration launch vehicle since 1961, when the Saturn V rocket underwent a similar design review as the United States sought to land an astronaut on the moon. Boeing participated in that CDR as well, as the three stages of the Saturn V were built by Boeing and its heritage companies Douglas Aircraft and North American Aviation.

A unit of The Boeing Company, Boeing Defense, Space & Security is one of the world's largest defense, space and security businesses specializing in innovative and capabilities-driven customer solutions, and the world's largest and most versatile manufacturer of military aircraft. Headquartered in St. Louis, Boeing Defense, Space & Security is a $33 billion business with 56,000 employees worldwide. Follow us on Twitter: @BoeingDefense.