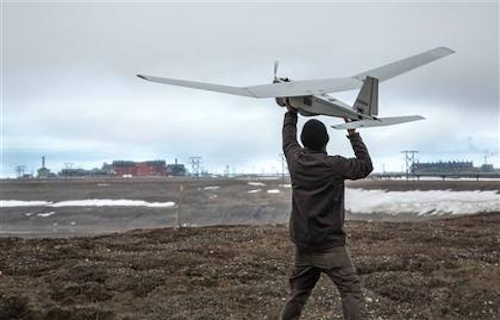 Despite years of research, the Federal Aviation Administration hasn't figured out what kind of technology unmanned aircraft should use to avoid crashing into other planes, or how to prevent lost links with ground control stations, Matthew Hampton, the Transportation Department's assistant inspector general for aviation, said in a report.

The FAA also hasn't set standards for certifying the safety of drone designs and manufacture like those that exist for manned aircraft, the report said. Nor has the agency developed standard procedures for air traffic controllers to guide drones, partly because the FAA's air traffic control equipment wasn't developed with unmanned aircraft in mind. There is no adequate program for training controllers how to manage drones. And criteria for training "pilots" who remotely control drones from the ground have yet to be developed.

The agency also isn't effectively collecting and analyzing data on safety risks associated with unmanned aircraft operations, the report said. But the FAA also isn't getting cooperation from the Defense Department, which has a wealth of data on drone accidents and incidents, the report said.

The Defense Department sends the FAA annual summaries on mishaps, but the information is so lacking in detail that FAA staff say it's not useful, the report said. FAA officials requested more detailed data from the Pentagon more than two years ago, but defense officials have been reluctant to provide it "due to concerns regarding the release of sensitive information and uncertainty over who would bear the cost of retrieving the information," the report said.

Until the FAA resolves these problems, the effort to integrate drones into the national airspace "will continue to move at a slow pace, and safety risks will remain," the report said.

FAA officials, defending the agency's record, said in a statement that the FAA "has made significant progress" toward giving drones wider access to U.S. skies "even as it dealt with disruptions" due to automatic, government-wide spending cuts and a three-week partial government shutdown.

The report makes 11 recommendations to FAA for improvement, all of which agency officials said they agree with and are working on.

A bill passed by Congress more than two years ago directed the FAA to set regulations for the safe "integration" of civilian drones into the national airspace by September 2015. There were 16 other deadlines along the way for the FAA to meet, of which nine were implemented late. Deadlines for the others have not yet passed.

One of those deadlines is in August, when the FAA is supposed to issue final regulations for use of small drones, defined as weighing less than 55 pounds. However, the agency hasn't yet proposed regulations for small drones, and it will take months if not years after regulations are proposed before they can be made final. Meanwhile, the FAA continues to prohibit the use of commercial drones with a very few exceptions.

The FAA is under in intense pressure from Congress and companies that want to make or deploy drones to issue the small drone regulations. The FAA forecasts there will be 7,500 civilian drones in use within five years of new regulations being released, and that $89 billion will be invested in unmanned aircraft worldwide in the next 10 years.

FAA officials have been making an effort to show the agency is making progress. Three weeks ago, the FAA granted the first permission for commercial drone flights over U.S. land to the BP energy corporation and drone maker AeroVironment of California to use a Puma drone to survey pipelines, roads and equipment at Prudhoe Bay in Alaska.

The week before that, FAA officials announced the agency was considering giving permission to seven movie and television filming companies to use unmanned aircraft for aerial photography, a potentially significant step that could lead to greater relaxation of the agency's ban on commercial use of drones.