Lawmakers approved the legislation in just three days last week after Inslee called the Legislature back to Olympia for a special session dedicated to Boeing. The bill extends Boeing's tax incentives all the way to 2040, and the benefits have a projected value of $9 billion.

Now attention is focused on a contract vote later this week by the Machinists union.

Boeing has sought the tax benefits — valued at $9 billion through 2040 — and a broad new contract with machinists as part of a long-term deal to build the 777X in the Puget Sound. In unusual swiftness, lawmakers returned to Olympia last week for a special session dedicated to Boeing, approving the legislation ahead of the union vote.

Some machinists have indicated opposition to the contract because it includes concessions. Political leaders, including many Democrats who are closely aligned with unionized workers, have declined to encourage machinists how to vote but have asked them to consider the broader impact on jobs and future generations.

"I do know that the competition is very tough and that there are a lot of people rooting for our failure," said U.S. Sen. Patty Murray, D-Wash., when asked about the union vote.

Asked whether the machinists could get another chance if they reject the current contract proposal, Murray said Boeing was moving quickly on its decisions: "We have the opportunity to build this plane here. I hope we take it."

Tom Wroblewski, president of the Machinists District 751, stood with Boeing representatives and political leaders at the bill signing Monday. He declined to give his opinion on the contract and said it was a very emotional decision for members to make. He said they need to consider what's best for their families, including their grandchildren.

Ray Conner, CEO of Boeing Commercial Airplanes, said the company's preference is to stay in the Puget Sound and a positive vote by the machinists this week makes that decision easy. But he said it's not a bluff that the company could move the 777X line elsewhere.

"My sincere hope is that we don't even have to even think about doing this," Conner said.

Along with extending tax breaks to 2040, lawmakers also approved millions of dollars for training programs for aerospace workers. Lawmakers have also said that Boeing supports the development of a large transportation package, and the Legislature is still exploring a plan valued at about $10 billion. 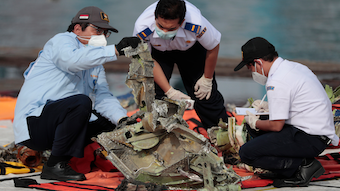 The lawsuit against Boeing claims that a malfunctioning autothrottle system on an older 737 jet led to the crash.
Apr 19th, 2021 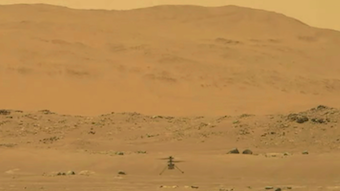 A deal with Southwest helped to offset another round of cancellations for its 737 Max airliner.
Apr 13th, 2021
Follow Us
Most Recent