It's part of a trend among the airlines to view seats as money-makers, not just pieces of furniture. Add a few inches of legroom and airlines can charge more for tickets. Take away a few inches and they can fit more seats on the plane. 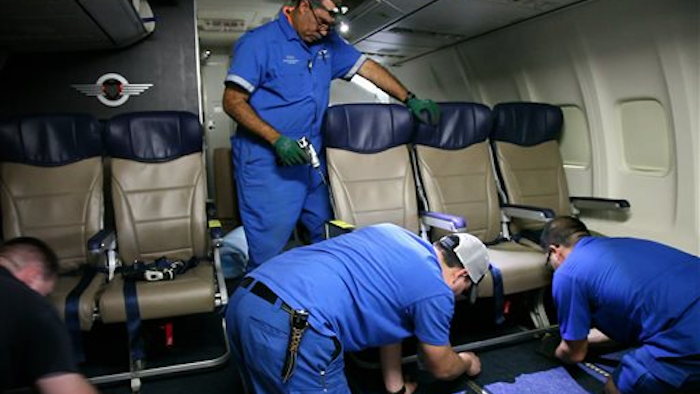 It's not your imagination. There really is a tighter squeeze on many planes these days.

The big U.S. airlines are taking out old, bulky seats in favor of so-called slimline models that take up less space from front to back, allowing for five or six more seats on each plane.

The changes, covering some of the most common planes flown on domestic and international routes, give the airlines two of their favorite things: More paying passengers, and a smaller fuel bill because the seats are slightly lighter. It's part of a trend among the airlines to view seats as money-makers, not just pieces of furniture. Add a few inches of legroom and airlines can charge more for tickets. Take away a few inches and they can fit more seats on the plane.

Some passengers seem to mind the tighter squeeze more than others. The new seats generally have thinner padding. And new layouts on some planes have made the aisles slightly narrower, meaning the dreaded beverage cart bump to the shoulder happens more often.

And this is all going on in coach at a time when airlines are spending heavily to add better premium seats in the front of the plane.

Whether the new seats are really closer together depends on how you measure. By the usual measure, called "pitch," the new ones are generally an inch closer together from front to back as measured at the armrest.

Airlines say you won't notice. And the new seats are designed to minimize this problem. The seats going onto Southwest's 737s have thinner seatback magazine pockets. Passengers on Alaska Airlines will find slightly smaller tray tables. United's new seats put the magazine pocket above the tray table, getting it away from passengers' knees. And seat-makers saved some space with lighter-weight frames and padding.

This allows airlines to claim that passengers have as much above-the-knee "personal space" as they did before, even if the seats are slightly closer together below the knee.

New seats going into United Airlines' Airbus A320s are an inch closer together from front to back. The new seats Southwest has put on nearly its entire fleet are 31 inches apart, about an inch less than before. In both cases, the airlines were able to add an extra row of six seats to each plane. Southwest went from 137 seats to 143. Both airlines say the new seats are just as comfortable.

United's says the new seats make each A320 1,200 pounds lighter. Southwest says the weight savings is cutting about $10 million per year in fuel spending. In addition, the extra seats allow Southwest to expand flying capacity 4 percent without adding any planes, says spokesman Brad Hawkins, while also collecting more revenue from the additional passengers.

At 6-foot-3, Mike Lindsey of Lake Elsinore, Calif., doesn't have another inch to give back to the airlines. He has flown on Southwest several times since it installed the new seats. "You can't stretch out because of the reduced legroom," he says. "It's very uncomfortable on anything longer than an hour."

Southwest flier Joe Strader now takes his billfold out of his pocket before he sits down on a flight because of the thinner cushions. Like Lindsey, he felt that he sat lower on the new seats. "The back of the seat in front of you is a little higher and makes you feel like you're sitting down in a hole," said Strader, who lives near Nashville. Hawkins said that the seat frames are the same height but the thinner cushions might make them seem lower.

Strader did notice one good aspect: When the middle seat is empty and you want to put up the armrest and stretch out, the new seats are more comfortable, he says.

Then there are passengers like Ryan Merrill. He says he didn't really notice any difference in the new seats. "I'm used to being packed in like a sardine, I just assume that's never going to change," he says.

International passengers are feeling crowded, too.

As recently as 2010, most airlines buying Boeing's big 777 opted for nine seats across. Now it's 10 across on 70 percent of newly-built 777s, Boeing says. American's newest 777s are set up 10-across in coach, with slightly narrower seats than on its older 777s.

The extra seat has generally meant skinnier aisles, and more bumps from the beverage cart for those at the end of the row. That's the biggest complaint from travelers, says Mark Koschwitz of SeatExpert.com.

"We used to recommend the aisle seats, because you could stretch out more," he says. He tells passengers who want to sleep "to bring a jacket and prop up against the window."

Boeing's new 787 could also be a tighter squeeze in coach. The plane was originally expected to have eight seats across but United Airlines, the only U.S. carrier currently flying it, went with nine across. Those seats are just 17.3 inches wide. So, passengers will have a skinnier seat for United's 12-hour flight from Houston to Lagos on a 787 than on its one-hour flight from Denver to Omaha on a different plane.

Delta Air Lines has already added slimline seats to about one-third of its fleet.

"Increasing density is a priority for us from the perspective of maximizing revenue, but the slimline seats are great because they allow us to do that without sacrificing customers' comfort," said Michael Henny, Delta's director of customer experience.

Seats from as recently as five years ago weighed almost 29 pounds, said Mark Hiller, CEO of Recaro Aircraft Seating. Its lightest seat now weighs 20. The weight savings comes from things like using plastic armrests instead of metal with a plastic cover, or on some seats replacing the metal pan that holds a passenger's posterior with mesh netting. Also, the new seats have fewer parts, reducing weight and costs.

Airplane seats from 30 years ago looked like your grandmother's BarcaLounger, said Jami Counter, senior director at SeatGuru.com, which tracks airline seats and amenities.

"All that foam cushion and padding probably didn't add all that much comfort. All that's been taken out," he said. "You haven't really lost all that much if the airline does it right."

Some Ford Trimotors built in the 1920s had wicker seats. Vern Alg has flown in one.

Alg, a former senior manager for aircraft interiors at Continental who is now a consultant for the Aircraft Interiors Expo, said his first airline flew DC-3s built in the 1940s. Their seats "were cumbersome, they were heavy," he says. "They were very, very comfortable (but) they required a great distance between the seats to achieve that comfort."

Today's closer-together coach seats are responding to a customer demand for cheap fares despite higher fuel prices, he said.

Alaska Airlines is replacing every seat in its fleet by the end of next year. The new seats will have one thing that passengers asked for: power outlets.

Those outlets are especially important as more people bring their own hand-held devices onto the plane. The airline is spending several million dollars to install both 110-volt and USB power at every coach seat, said Alaska marketing vice president Joe Sprague.

That might give travelers an extra reason to fly on Alaska, which is locked in intensive competition with Virgin America for customers in California.

The seat "is where our customers spend the greatest amount of time with us," Sprague said. 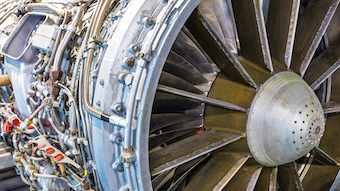