PAYERNE, Switzerland (AP) -- An experimental solar-powered plane completed its first 24-hour test flight successfully Thursday, proving that the aircraft can collect enough energy from the sun during the day to stay aloft all night.

The test brings the Swiss-led project one step closer to its goal of circling the globe using only energy from the sun.

Pilot Andre Borschberg eased the Solar Impulse out of the clear blue morning sky onto the runway at Payerne airfield about 30 miles (50 kilometers) southwest of the Swiss capital Bern at exactly 9 a.m. (0700 GMT; 3 a.m. EDT).

Helpers rushed to stabilize the pioneering plane as it touched down, ensuring that its massive 207-foot (63-meter) wingspan didn't scrape the ground and topple the craft.

"We achieved more than we wanted. Everybody is extremely happy," Borschberg told reporters after landing.

Previous flights included a brief "flea hop" and a longer airborne test earlier this year, but this week's attempt was described as a "milestone" by the team and comes after seven years of planning.

The team says it has now demonstrated that the single-seat plane can theoretically stay in the air indefinitely, recharging its depleted batteries using 12,000 solar cells and nothing but the rays of the sun during the day.

But while the team says this proves that emissions-free air travel is possible, it doesn't see solar technology replacing conventional jet propulsion any time soon.

Instead, the project's overarching purpose is to test and promote new energy-efficient technologies.

Project co-founder Bertrand Piccard, himself a record-breaking balloonist, said many people had been skeptical that renewable energy could ever be used to take a man into the air and keep him there.

"There is a before and after in terms of what people have to believe and understand about renewable energies," Piccard said, adding that the flight was proof new technologies can help break society's dependence on fossil fuels.

The team will now start to build a second solar plane that will be more efficient and have a larger cockpit to allow for longer flights. That plane should be ready for international flights by 2013, said Borschberg.

The round-the-world flight will eventually be made with five stops along the way.

Borschberg took off from Payerne airfield shortly before 7 a.m. Wednesday, allowing the plane to soak up the sunshine as he flew gentle loops over the Jura mountains west of the Swiss Alps.

Borschberg, a 57-year-old former Swiss fighter who was wearing a parachute -- just in case -- dodged low-level turbulence and thermal winds, endured freezing conditions during the night and ended the test flight with a picture-perfect landing to cheers and whoops from hundreds of supporters on the ground.

"The night is quite long, so to see the first rays of dawn and the sun returning in the morning -- that was a gift," Borschberg said after touchdown.

Borschberg said he did yoga exercises in the cockpit to stimulate the blood circulation and used breathing exercises and a water spray to stay awake, as the plane has no autopilot.

Former NASA chief pilot Rogers E. Smith, one of the project's flight directors, praised Borschberg's feat of endurance and the overall success of the mission.

"We ended up with perhaps 20 percent more energy than we in the most optimistic way projected," Smith told The AP.

After completing final tests on the plane after landing, Borschberg embraced Piccard before gingerly unstrapping himself from the bathtub size cockpit he had spent more than 26 hours sitting in.

"When you took off it was another era," said Piccard, who achieved the first nonstop circumnavigation of the globe in a balloon, the Breitling Orbiter III, in 1999. "You land in a new era where people understand that with renewable energy you can do impossible things."

Piccard said he was confident the success of the night flight would help to secure the 20 million Swiss francs ($19 million) still missing for the privately funded project with a total budget of 100 million francs ($95 million). 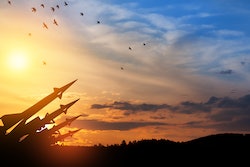 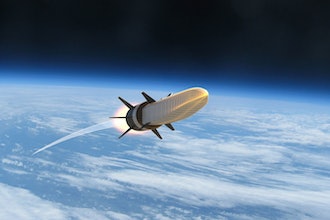 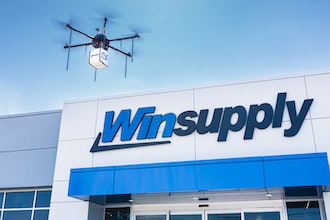