A shortage of truck drivers forced BP to close some of its U.K. service stations, CNN Business reported.

BP did not disclose how many stations were affected, but someone close to the situation said the number of sites with fuel shortages was in the “tens.”

Priority is going to motorway service areas, major truck roads and sites with the largest demand.

Reasons for the shortage can be traced back to Brexit.

According to the Road Haulage Association, the U.K. is short about 100,000 truck drivers, and 20,000 of those were EU nationals who left the country following Brexit.

The U.K. government plans to increase the amount of driving tests for truck drivers.

Most of the solutions will be driven by industry, according to a government spokesperson. 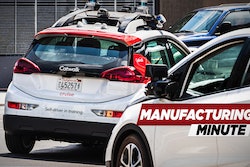