It is fueling three trucks and could fuel more in the future.

Glenfiddich is finding other uses for its unused Scotch whiskey rather than selling off leftover spent grains from the malting process for the purpose of cattle feed.

Reuters reported Glenfiddich is transforming its delivery trucks to operate on low-emission biogas and it’s coming from waste products found in the whiskey distilling process.

The Scotland-based distillery’s parent company, William Grant & Sons, first developed the technology and Glenfiddich is implementing it at a distillery in Dufftown.

The process involves converting production waste into an Ultra-Low Carbon Fuel gas. Bacteria break down organic matter to produce biogas in an oxygen-free vessel in what is called anaerobic digestion. Such a gas does well to limit harmful emissions.

Glenfiddich says biogas is used in three trucks which are from Iveco and traditionally run on liquefied natural gas. The trucks transport Glenfiddich spirit from the Dufftown distillery to bottling and packaging. This covers four William Grant & Sons sites.

According to Glenfiddich, biogas decreases carbon dioxide emissions by over 95% in comparison to diesel.

It also said biogas cuts harmful particulates and greenhouse gases up to 99% and one truck will take place of approximately 250 tons of carbon dioxide per year.

Distillery director at William Grant & Sons Stuart Watts said they could eventually use the technology utilized in Glenfiddich’s trucks. It could also fuel trucks of other companies in the future.

Manufacturing Intelligence – The Central Nervous System Of Your Plant 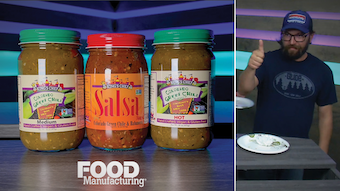