Strategies implemented in other sectors could also work for manufacturing.

The manufacturing sector is all too familiar with the challenge of having more jobs to fill than qualified applicants to fill them. And now, due a combination of legitimate worker concerns, conflicting economic pressures and, in some cases, greater financial incentives not to work, more business segments are becoming closely acquainted with this same problem.

In response, Business Insider recently compiled a list of creative approaches that companies are taking to find workers. And some of these might offer strategies that could work in the industrial sector.

One area that is really struggling to rejuvenate its workforce is restaurants. In response, Chipote is offering debt-free degree options for employees in agriculture, culinary, and hospitality programs.

And a McDonalds in Illinois is giving away iPhones to new hires that stay for six months. A Jersey Mike's in California is offering a $10,000 signing bonus for assistant managers, $5,000 for shift leaders, and $500 for incoming full- and part-time employees.

Whataburger recently promoted all managers to "operating partner" and raised these employee’s salaries to no less than $100,000.

Closer to home in the industrial sector, Waste Management has expanded their program that paid for employee’s bachelor's and associate degrees to include those of their spouses and children. The company has stated the costs for this program could top $10 million this year.

Meatpacker JBS USA is also offering to pay for worker’s college degrees, as well as the costs for one child’s degree per employee. The company, which was recently the victim of a ransomware attack, has reportedly raised hourly pay by more than 30 percent over the last year.

Amazon has even gotten into the act, offering $1,000 signing bonuses, and offering new hires an extra $100 if they can prove they’ve received the COVID vaccination. Retailers like Costco and Targer have pushed starting wages closer to $15/hour.

According to the Labor Department, nearly four million workers quit their jobs in April – the most in two decades. Most analysts feel the job market should be back to “normal” by early next year. 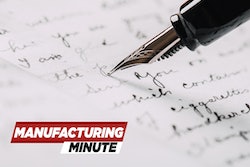 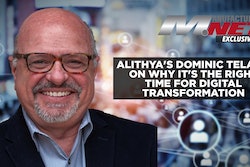 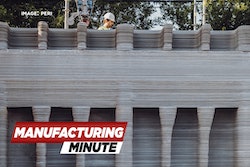