GlobalFoundries suggested the dispute was related to its potential $30 billion IPO.

Tech giant IBM wants a major semiconductor manufacturer to pay it $2.5 billion for allegedly violating the terms of a 2014 deal between the companies.

The chip maker, however, suggests the timing of the dispute is “highly suspect.”

GlobalFoundries detailed the demand in a lawsuit filed against IBM on Monday, Reuters reports.

The trouble began more than six years ago, when GlobalFoundries agreed to purchase IBM’s chip business for $1.5 billion.

IBM subsequently turned to Samsung for its chips for more than two years before sending a letter to GlobalFoundries in April alleging contract violations. IBM threatened to sue and called for GlobalFoundries to pay $2.5 billion in damages.

IBM said in a statement that GlobalFoundries abandoned their agreement as soon as the final payment was received, then sold off assets from the transaction for its own benefit.

GlobalFoundries, in its complaint, questioned the timing of the contract spat, which comes amid a global semiconductor shortage and as GlobalFoundries prepares to move forward with an initial public offering that could value the company at some $30 billion.
Attorneys for GlobalFoundries alleged that IBM was simply seeking “a quick payday.” The company’s filing asks a New York state court to issue a ruling that it did not violate a contract with IBM.

Update: IBM has filed its own complaint against GlobalFoundries in New York state court. 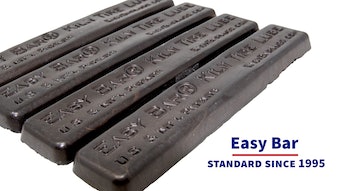