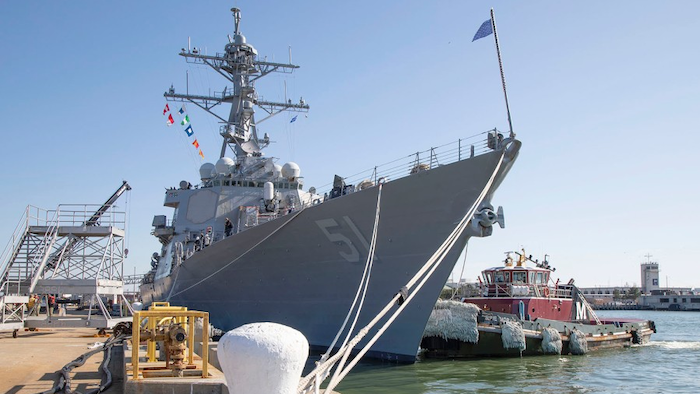 A tug boat pulls along side the guided missile destroyer USS Arleigh Burke (DDG 51) as the ship prepares to get underway for sea trials in January.
Hendrick L. Dickson, U.S. Navy

The latest version of the Arleigh Burke-class destroyer features tech upgrades that enable the ships to simultaneously defend against ballistic missiles as well as conventional threats from the air.

The new destroyers' air defense represents "an essential evolution if we’re going to keep up with the missile threat,” said Loren Thompson, defense analyst at the Lexington Institute.

“You can see things farther away. You can track them and hit them more precisely. If you’ve got an incoming missile you might be able to take two or three shots at it, instead of one,” he said.

Bath Iron Works began construction last week on its first of the new destroyers, which bears the name of Marine Gen. Louis Hugh Wilson Jr., a Medal of Honor recipient. The Ingalls shipyard in Mississippi began building one of the the new ships in 2018.

The Navy intends to build more than a dozen of the new destroyers, and that figure could grow over time, said Matt Caris from Avascent, an aerospace and defense consulting firm.

The Navy already has about 40 destroyers and five cruisers with ballistic missile defense capability, the Navy says. But most of them cannot perform that duty while performing traditional air defense at the same time, Caris said.

The Arleigh Burke-class destroyer is the Navy's workhorse, and the new version will look like the others built over more than three decades.

But there are changes under the surface. Shipbuilders will increase the electrical and cooling capabilities of the ship to support an upgraded radar, and an Aegis combat system will allow simultaneous defense against ballistic missiles and conventional threats like aircraft and cruise missiles, the Navy said. A scaled-down version will be used on future frigates, which are smaller than destroyers.

Wilson, the namesake for the first of the new destroyers built at Bath, battled numerically superior Japanese troops during a firefight that extended over 10 hours in Guam in World War II. Wilson led his Marines despite being wounded three times.

The first of the ships built at Ingalls in Mississippi will carry the name of Jack H. Lucas, who was awarded the Medal of Honor for jumping on a pair of grenades to save fellow Marines during the Battle of Iwo Jima. He survived after only one of them detonated. 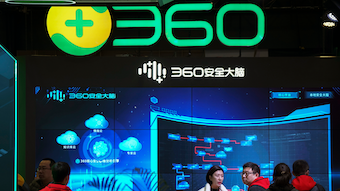 The measures expanded a U.S. campaign against Chinese companies.
May 26th, 2020

The company has also withdrawn revenue projections for the rest of 2020.
May 25th, 2020 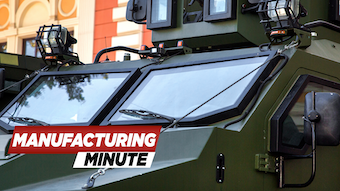 Tripling the Power of Vehicle-Mounted Lasers 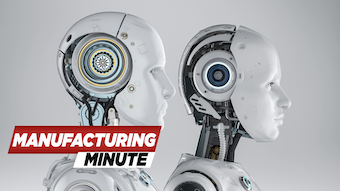 New findings suggest robots are bad at many jobs and they are terrible at comedy.
May 19th, 2020 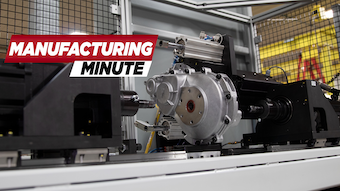 The machine uses a non-contact vibration sensor that's so accurate, it not only tells you which gear has the problem, but also which tooth.
May 19th, 2020 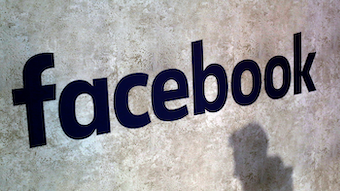 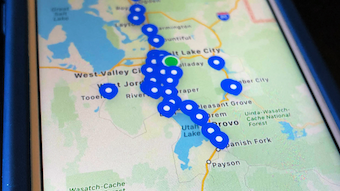 COVID-19 Tracking Is Having Some Issues

Among them are technical glitches and a general lack of interest.
May 18th, 2020

Washington announced further restrictions on the use of American technology in Huawei's chips.
May 18th, 2020
Follow Us
Most Recent