“It’s just creating another major roadblock here in terms of PPE getting into the United States," said one US medical supply distributor. 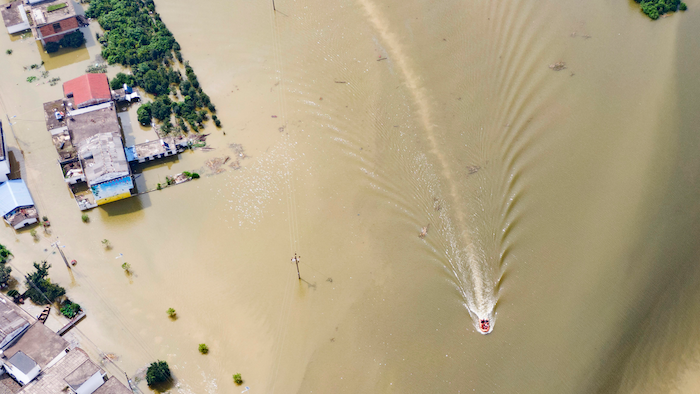 The worst flooding China has seen in decades is disrupting shipments of crucial materials used to make personal protective equipment, causing delays in shipments of PPE to the U.S. by as much as three weeks.

A July 16 report from Reuters said that the provinces of Anhui, Jiangzi and Zhejiang, along with the city of Wuhan, declared red alerts last week in advance of expected flooding of the Yangtze River, and urged citizens to stay home.

The reported noted that China typically sees Yangtze River flooding each summer, but this year’s has exacerbated supply chain issues for various products, including PPE, and that the timing could be a considerable setback for U.S. firms and health care operations expecting a consistent flow of supplies amid the COVID-19 pandemic.

“It’s just creating another major roadblock here in terms of PPE getting into the United States — it is the worst of times for it to happen but that’s what we’re dealing with right now,” Michael Einhorn, president of medical supply distributor Dealmed, told Reuters. “We cannot get product out for over a week, which is a very long time in our business.”

Reuters added that Einhorn said the flood-delayed shipments could last up to three weeks. Dealmed sources its disposable lab coats and other products from Wuhan and nearby regions. As has been well-documented since COVID-19’s December 2019 outbreak, the virus is said to have originated in Wuhan.

CNN reported Sunday that through last week, summer flooding in China had caused $11.76 billion of economic losses in the country, and more flooding over the next few days is expected to worsen conditions in already hard-hit areas.