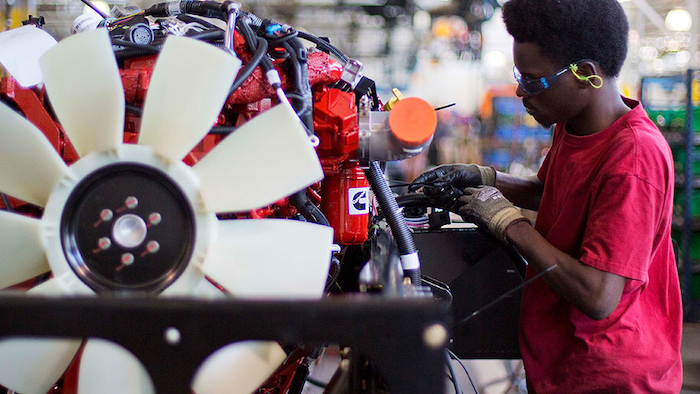 The U.S. Manufacturing Technology Orders report (USMTO) for January 2016 showed that order values were down 30 percent from December, according to The Association For Manufacturing Technology (AMT). The month-to-month decline was not unexpected as December sales were driven by year-end budget and investment decisions and follows and three year trend. Year-over-year orders declined 21 percent. USMTO data is a leading economic indicator as manufacturing industries invest in capital metalworking equipment to increase capacity and improve productivity.

“Despite today’s soft market, the mood from the 400+ manufacturing technology suppliers and buyers that attended the recent MFG meeting was upbeat, as were the forecasts,” said Douglas K. Woods, president of AMT in a press release. “Manufacturing leaders from across the country gathered to gain insight into how technology can make their companies more productive, secure and flexible in an increasingly digital landscape. They are looking forward to 2016 finishing strong.”

The auto, aerospace and medical industries are driving positive activity in the Southeast. The region is currently the bright spot for manufacturing technology investment. Other regions, where off road construction, oil and gas, and agriculture sectors are predominant, continue to struggle.

Forecasts from The MFG Meeting, the joint annual meeting of members of AMT and the National Tooling and Machining Association, suggest that the U.S. economy is poised for growth along the lines of 2.5 - 3.5 percent driven by the consumer demand. Analysts speaking at the conference also expect China’s economy to rebound sooner than expected, and oil prices to reach $45 a barrel by year’s end.

Check out this data chart showing orders by region: 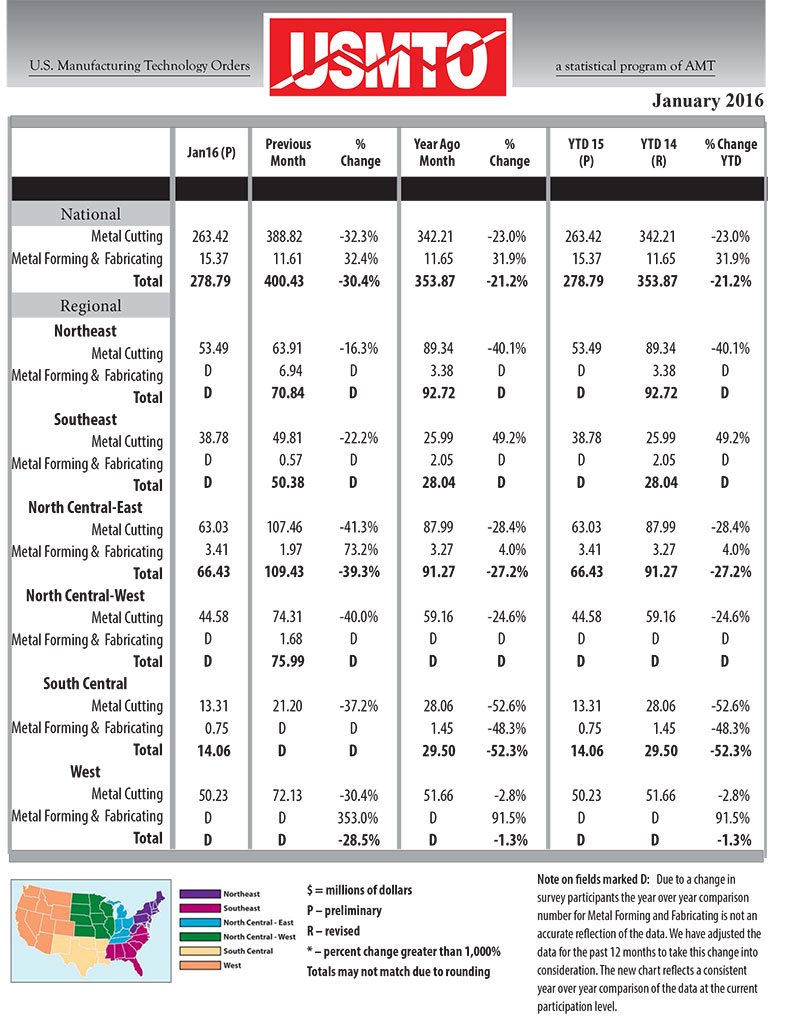