Trump Infrastructure Pledge Could Be In Jeopardy

President-elect Donald Trump came under fire last month after downplaying several high-profile campaign pledges — from his call to investigate Democratic opponent Hillary Clinton to his vow to build a massive, expensive wall along the entire border with Mexico. 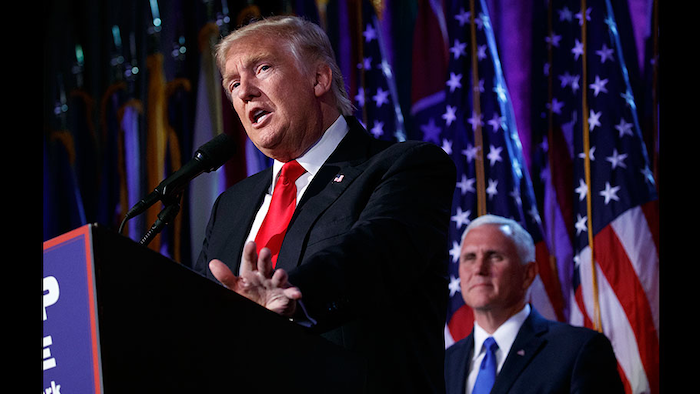 President-elect Donald Trump came under fire last month after downplaying several high-profile campaign pledges — from his call to investigate Democratic opponent Hillary Clinton to his vow to build a massive, expensive wall along the entire border with Mexico.

But the incoming administration is also reportedly backing off another key policy proposal from his unconventional bid for president: a sweeping effort to improve the nation's infrastructure.

Infrastructure spending represented one of the few areas in which the Trump administration could work with Democrats, who long viewed rebuilding infrastructure as both necessary and as a New Deal-style boon to blue-collar jobs.

Trump's plan was characteristically light on details during the campaign, but a paper that circulated shortly after his election suggested that he would attempt to spur $1 trillion in private infrastructure investment with the help of a massive tax credit.

Liberal critics decried that proposal as a giveaway to corporate interests, while others suggested that worker income taxes wouldn't offset the tax credit and investors wouldn't be willing to take on mundane, unprofitable projects.

Trump reportedly plans to convene a task force to explore the massive spending plan, but the Associated Press noted that congressional Republicans and Trump himself are also tamping down expectations — particularly for construction trade groups.

Trump and incoming chief of staff Reince Priebus each said the next administration would focus their attention elsewhere during his first months in office, while the president-elect told The New York Times after the election that he "didn't even know" that a massive infrastructure bill might upset Republicans that tend to oppose government spending.

“It will be interesting to see how this is put together,” the Kentucky Republican told reporters. “I hope we avoid a trillion-dollar stimulus.”