Despite recent significant declines in value of individual deals, PwC US reports that a greater number of smaller deals led healthy M&A activity in 2015. 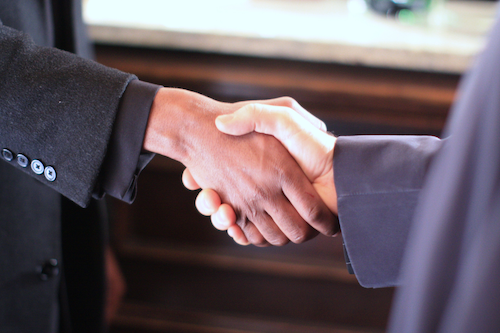 Absent the level of megadeal (transactions worth more than $1 billion) activity recorded in 2014,  merger and acquisition (M&A) value in the industrial manufacturing industry declined significantly in 2015, according to Assembling Value, a quarterly analysis of global deal activity in the industrial manufacturing industry by PwC US. Despite this drop in overall deal value, M&A activity for the year as a whole remains healthy, driven by more, smaller deals, leading to a 10 percent increase in total deal volume.

2015 was a strong year for industrial manufacturing M&A, as deal volume increased 10 percent compared to the prior year and was highest total in the past 10 years. Deal value, however, recorded a more than 30 percent decrease to $87.2 billion during that same time period. Although 2015 experienced a drop in deal value, it was still well above the 10 year historical average of $70 billion. During the fourth quarter of 2015, manufacturing M&A declined in both volume (19 percent) and value (43 percent) when compared to the same quarter in the previous year. The decline in deal value is primarily attributed to the slowdown of megadeals, which led to a 37 percent reduction in the average deal size. While megadeal value declined by 58 percent ($88.6 billion in 2014 to $37.1 billion in 2015), the overall number of deals recorded in 2015 remained robust and above the 10 year historical average of 170.

“While we certainly saw a decline in deal value, following a strong year for megadeals in 2014, it is important to also look at the level of deal activity recorded in 2015,” said Bobby Bono, U.S. industrial manufacturing leader for PwC. “Deal volume for the year increased but as we saw in our recent Manufacturing Barometer, uncertainty around the direction of both the U.S. and foreign economies is on the rise, which may have caused manufacturing executives to push pause on their plans for large-scale transactions. While we saw a decline in  megadeals this year, manufacturers remain focused on portfolio expansion in high growth areas, and appear to be looking for opportunities to divest non-core businesses, which will drive deal activity in 2016, although likely in the middle-market range.”

The transition to industrial technology companies is one trend expected to impact manufacturing M&A in the year ahead. Innovations such as the internet of things, along with next generation robotics, additive manufacturing and nanotechnology will begin to change how plants are structured, required employee skillsets and how factories operate. “As the manufacturing industry transforms to keep pace with the digital revolution and technology enhancements, the acquisition of niche players with expertise in these areas will likely continue to increase,” continued Bono.

On a regional basis, Asia and Oceania accounted for 70 percent of total deal volume for the year (173 deals) and 55 percent of value ($48.3 billion). The UK and Eurozone ranked second for deal activity and third for deal value. Within Asia and Oceania, China experienced a 75 percent increase in 2015 deal activity compared to the previous year. This is the highest increase of any country over the same period, driven by the slowing economic conditions the country is facing as it shifts from an export manufacturer based economy to a more service based economy.

“We expect deal activity to continue at a similar pace in 2016 and there are several factors causing us to take a bullish outlook. Lower company valuations within the sector will likely attract both strategic and financial buyers as purchase prices become more attractive. In addition, investor’s expectations that capital may become more difficult to obtain in the coming year as the Federal Reserve is expected to continue to tighten monetary policy may lead to increased activity. Companies taking a proactive approach to M&A in an effort to remain ahead of activist investor attempts to influence strategies to deliver higher returns to shareholders will likely drive continued activity in manufacturing deals,” concluded Bono.

The project involves logistics provider JD.com collecting used bottles from households and sending them to recycling facilities with help from Coca-Cola.
The Coca-Cola Company
Jan 23rd, 2020