The Institute for Supply Management said that its manufacturing index dipped to 58.7 in October from a 13-year high 60.8 in September. 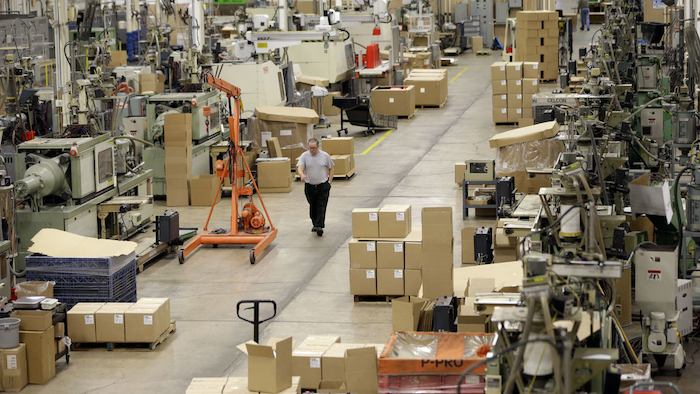 The Institute for Supply Management, a trade group of purchasing managers, said Wednesday that its manufacturing index dipped to 58.7 in October from a 13-year high 60.8 in September. Anything above 50 signals that U.S. factories are expanding. Manufacturers are on a 14-month winning streak.

Factories are benefiting from stronger growth in the U.S. and around the world and from a weaker dollar, which makes American products less expensive in foreign markets.

The American economy grew at a solid 3 percent annual pace from July through September. Unemployment is at a 16-year low 4.2 percent. Business investment has expanded robustly in the spring and summer.

Ian Shepherdson, chief economist at Pantheon Macroeconomics, said the October report showed that U.S. manufacturing is "still very strong and likely to stay that way ... Global demand is strong, the dollar is competitive, and domestic spending on capital equipment is rising rapidly."