By The Numbers: Oil And Chemical Spills After Hurricane Harvey Vs. Katrina

Although the impact of Harvey is still being assessed, it’s clear that in many ways Katrina devastated more of the country’s energy infrastructure. 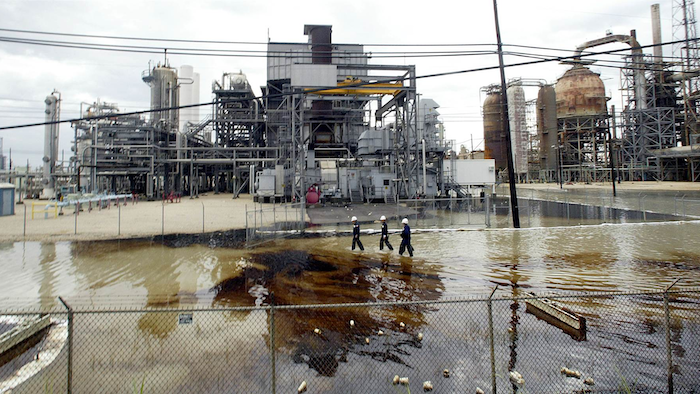 Both hurricanes Harvey and Katrina walloped the Gulf Coast with disastrous winds and rain, and then worse — flooding. Because the region is home to most of the country’s oil, gas and chemical plants, it was no surprise that the storms also had a major consequences for the facilities, people and the environment.

But which was worse? Although the impact of Harvey is still being assessed, it’s clear that in many ways Katrina devastated more of the country’s energy infrastructure and released more oil.

Comparing the chemical fallout is more complicated, but examining the various ways the storms released toxic chemicals gives an idea of the extent of the damage.

22,000 = Barrels of oil, refined fuels, drilling wastewater and chemicals that spilled at various sites around Texas after Harvey, according to a recent report in Reuters. Almost half of that total came from one spill that unleashed 10,988 barrels of unleaded gasoline from a storage facility in Galena Park, Texas.

190,000 = Barrels of oil spilled in Louisiana after Katrina in 2005, according to Reuters. When factoring in Alabama, about 8 million gallons of oil were spilled following Katrina.

540 = Individual oil spills recorded after both Hurricanes Katrina and Rita, which made landfall a few weeks after Katrina. 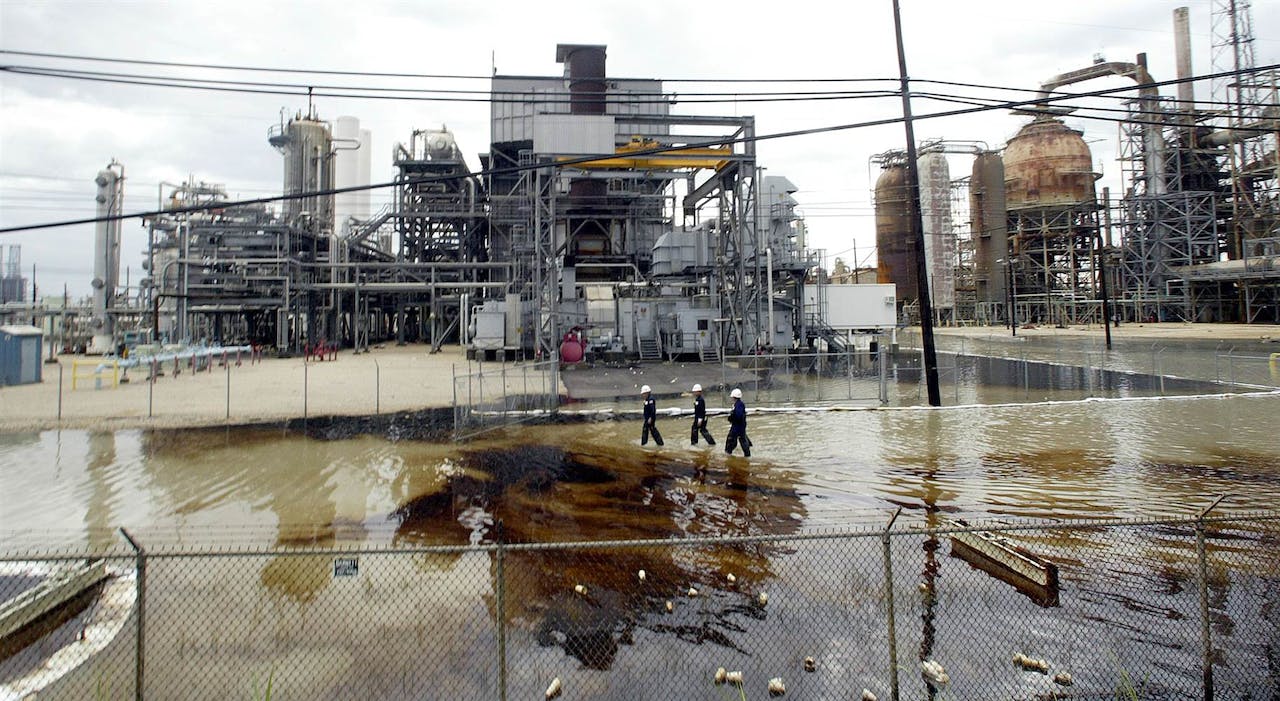 365 = Tons of toxic chemicals that the Coast Guard says were released during Harvey. The chemicals include benzene, toluene, ammonia and sulfur dioxide.

1,600 = Feet from damaged storage tank at a Valero Energy Corp. refinery in which some tests found high concentrations of benzene. Valero reported that benzene and crude oil were released from the refinery after rain from Harvey submerged the tank’s floating roof. The EPA has concluded that the amount of benzene found in the area is within safe levels for Texas. But several environmental groups have conducted their own tests and found benzene concentrations of 90 and 77 ppb, which is below the Texas threshold but above the one set in California (which is 23 times stricter than Texas).

54 = Superfund sites that were scattered around the region in Louisiana affected by Hurricane Katrina. Months after Katrina, the EPA concluded that although some of the sites had been compromised, the level of contamination was lower than what is considered safe for human health. Tests by the Natural Resources Defense Council, however, found that levels of arsenic in some New Orleans neighborhood were present at a level 30 times higher than the EPA’s safety limits. Other cancer-causing contaminants were also present in the sediment around New Orleans.

200 miles across = The size of Harvey when it made landfall.

350 miles across = The size of Katrina when it made landfall.

$108 billion = Damages from Hurricane Katrina, according to the National Weather Service.

$150-$180 billion = The estimated costs of Hurricane Harvey, according to the governor of Texas.