Unless inflation picks up, some analysts foresee no further rate increase this year. 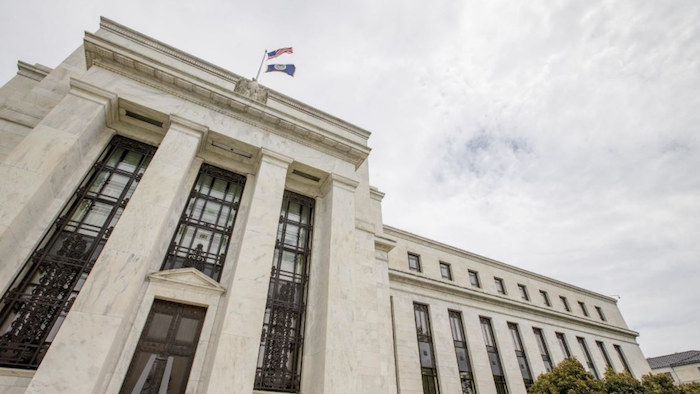 The Federal Reserve has already achieved one of its two mandates: With the unemployment rate at just 4.4 percent, the Fed has essentially maximized employment.

It's the Fed's other goal — price stability — that's stayed persistently out of reach. Inflation has been edging further below the Fed's 2 percent target. Problem is, too-low inflation tends to slow consumer spending, the U.S. economy's main fuel. Many consumers delay purchases if they think the same price — or a lower one — will be available later.

Low inflation will likely be a key discussion point when the Fed holds its latest policy meeting this week. The central bank has raised its benchmark interest rate twice this year, but no one expects another hike when its meeting ends Wednesday. And unless inflation picks up, some analysts foresee no further rate increase this year.

Fed Chair Janet Yellen deepened the uncertainty earlier this month when she sounded less sure about her position that a slowdown in inflation this year was due to temporary factors. Yellen conceded that Fed officials were puzzled by recent developments. Her remarks lifted financial markets as investors interpreted her words to suggest that the Fed might slow its pace of rate increases.

"In the past, Yellen was pretty confident that inflation would come back, but that is now in doubt," said Sung Won Sohn, economics professor at California State University-Channel Islands.

Over the past 12 months, the inflation gauge the Fed monitors most closely has risen just 1.4 percent, according to the latest data. That's down from a 1.9 percent year-over-year increase in January. In part, it's why some economists say they suspect the Fed may be keeping its rate increases on hold, waiting to see if inflation in coming months rebounds from its current slowdown.

After leaving its key rate at a record low near zero for seven years after the financial crisis erupted in 2008, the Fed has raised it modestly four times — in December 2015, December 2016 and twice so far this year, in March and June. Even now, the rate remains historically low, in a range of 1 percent to 1.25 percent.

Months ago, the Fed had signaled its readiness to raise rates three times this year on the assumption that it needed to be more aggressive to ensure that consistently low unemployment didn't contribute to high inflation later on.

In June, Yellen and other officials sought to explain away the unwelcome slip in inflation as a result of such onetime factors as a plunge in consumer cellphone charges and a dip in prescription drug prices.

But in delivering the Fed's semiannual report to Congress this month, Yellen acknowledged some doubt. She described inflation as a "two-edge" problem, with the threat that prices could either rise too slowly or suddenly jump if a tight job market triggered wage pressures that stoked inflation.

Diane Swonk, chief economist at DS Economics, said she still thinks the Fed will raise rates one more time this year — in December — but only if her forecast of a rebound in inflation comes true.

"I think we are going to get to a third rate hike this year, but it will be driven by the inflation data," she said. "There is a real desire on the part of the Fed to hit the pause button until the haze clears and they can see more clearly what is happening."

Mark Zandi, chief economist at Moody's Analytics, said he believes the Fed will act again by December, in part because of concerns that stock prices and other asset prices have been lifted too high by investors who have become too optimistic about how long the Fed will delay its tightening of credit.

"The valuations in financial markets are very high right now," Zandi said. "This has got to be making Fed officials nervous."

Zandi also said he thought the Fed could provide details this week about its plans to start paring its enormous $4.5 trillion in holdings of Treasury and mortgage bonds, which it accumulated after the 2008 financial crisis in a drive to ease long-term borrowing rates. Some say they think the Fed will begin in either September or October to begin shrinking those holdings, a move that is expected to put gradual upward pressure on long-term borrowing rates, including mortgages.

Eventually, Zandi predicted, as the job market strengthens further, the Fed will have to switch from worrying about inflation that is too low to inflation that will start to exceed its 2 percent target. He said he foresees three additional Fed rate increases next year.